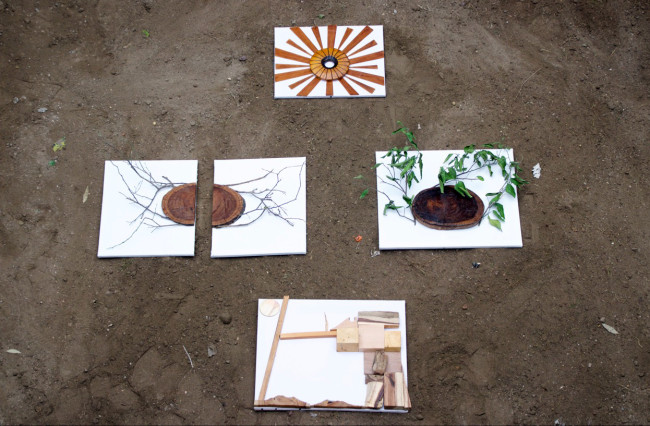 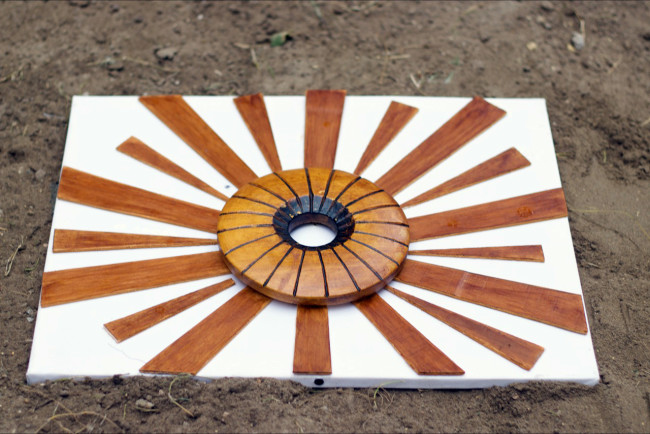 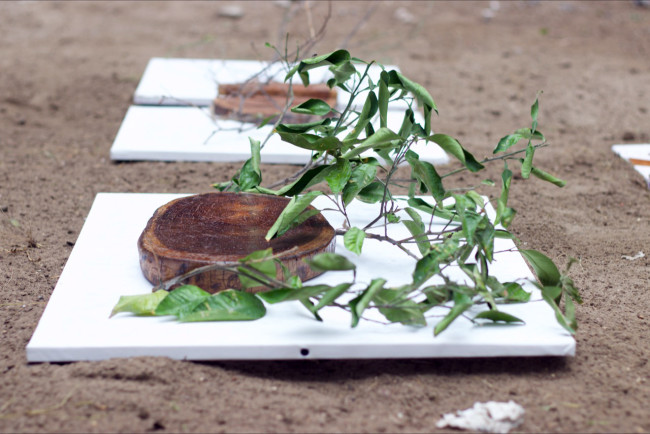 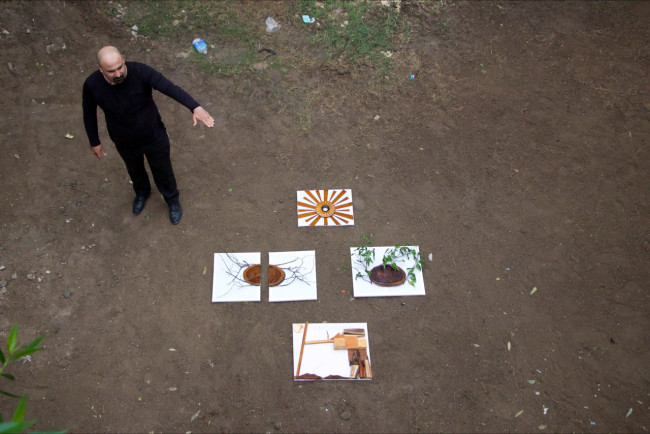 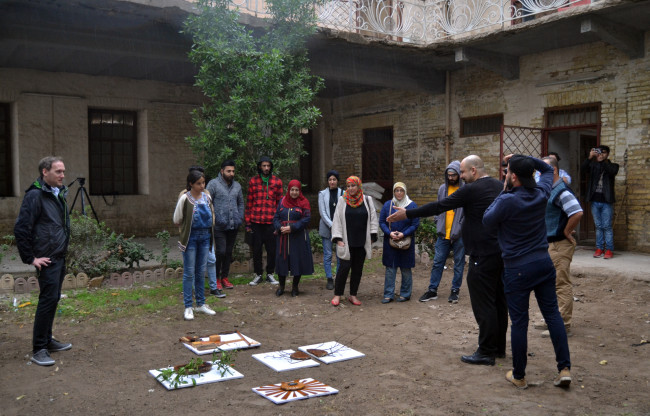 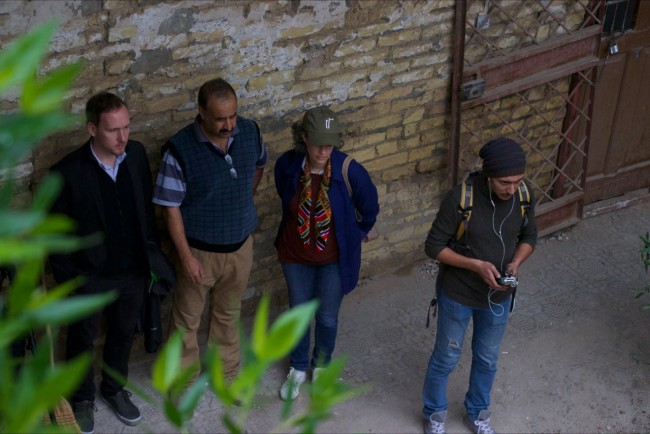 TREE OF HEAVEN by Ammar Hussein presented five montage works combining different types of processed wood on canvas. The works were arranged on the ground, set into the soil of a former yard. Hussain highlights the significance of the medium of wood and its importance to humanity, both in our built environment and in narrative traditions. The installation was presented in the yard of the Iraqi Independent Film Center (IIFC), a shanasheel building constructed in the early 1920s on Al Rasheed Street. The IIFC plays a pioneering role in the independent arts and creative industries in Baghdad. The building is currently under renovation, and its traditional shanasheel features, for instance, the finely crafted bay windows, were once completed with intricate wooden latticework and ornate stained glass, which allow inhabitants to see outside without being seen.