Loay Al Hadhary: Not For Sale 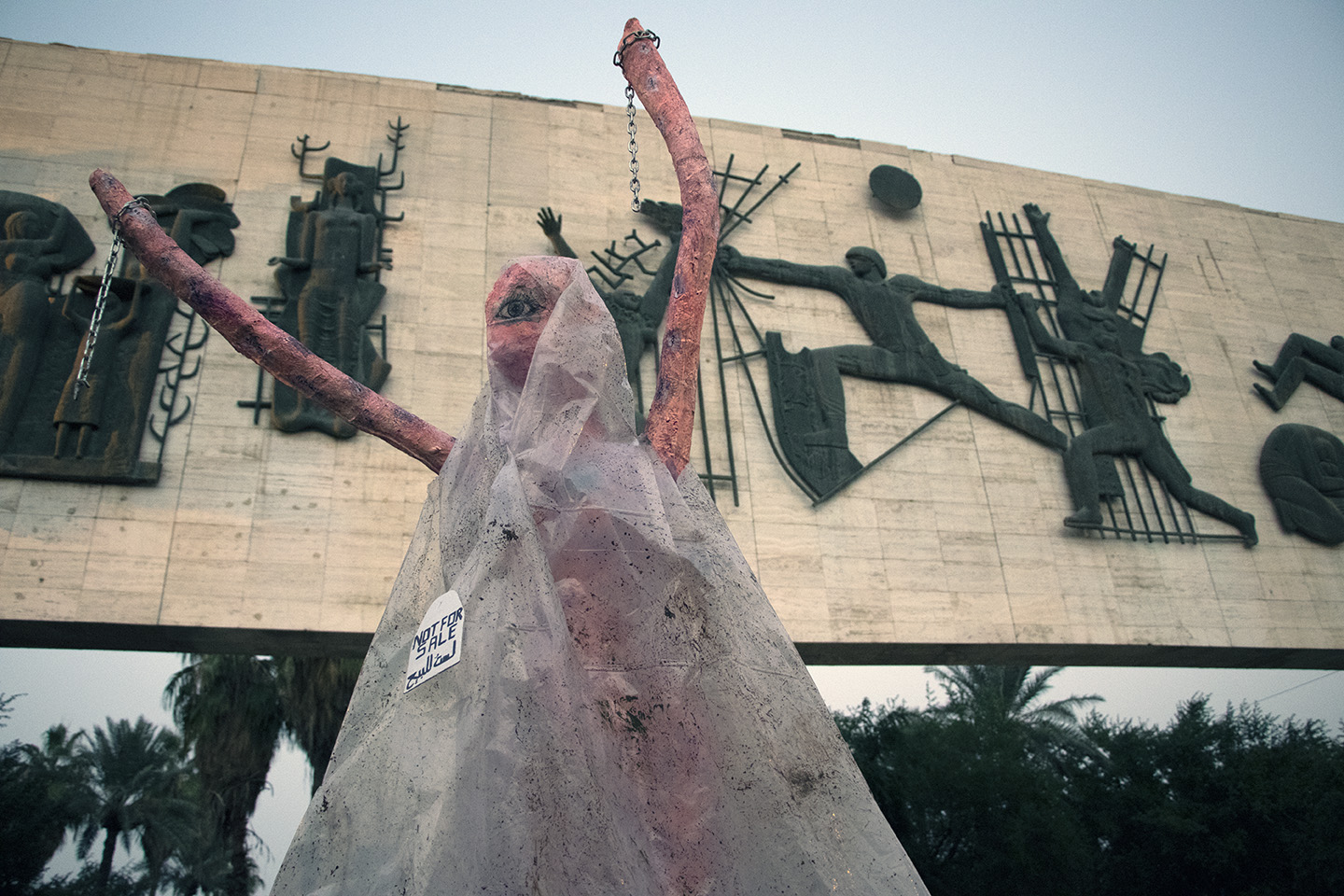 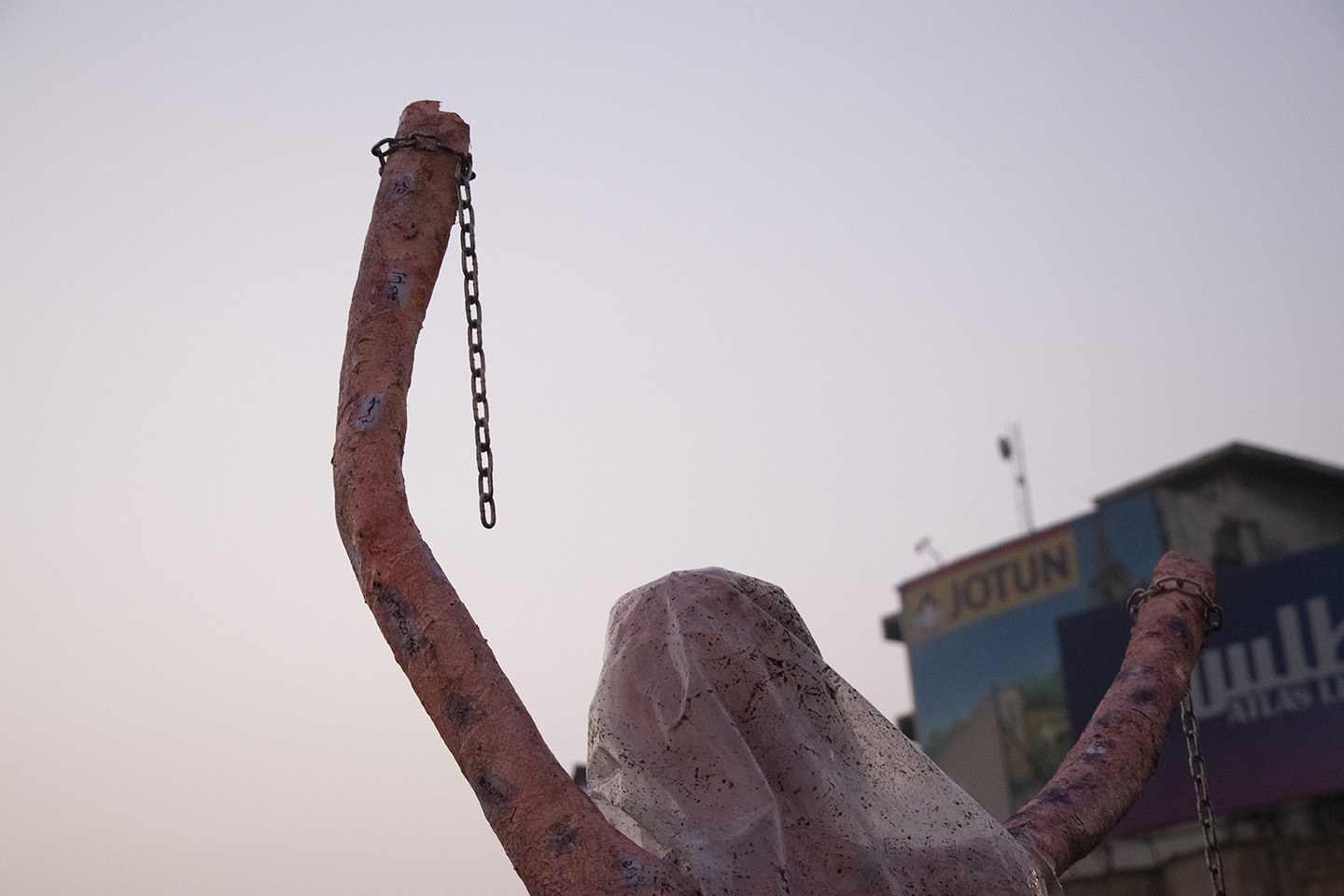 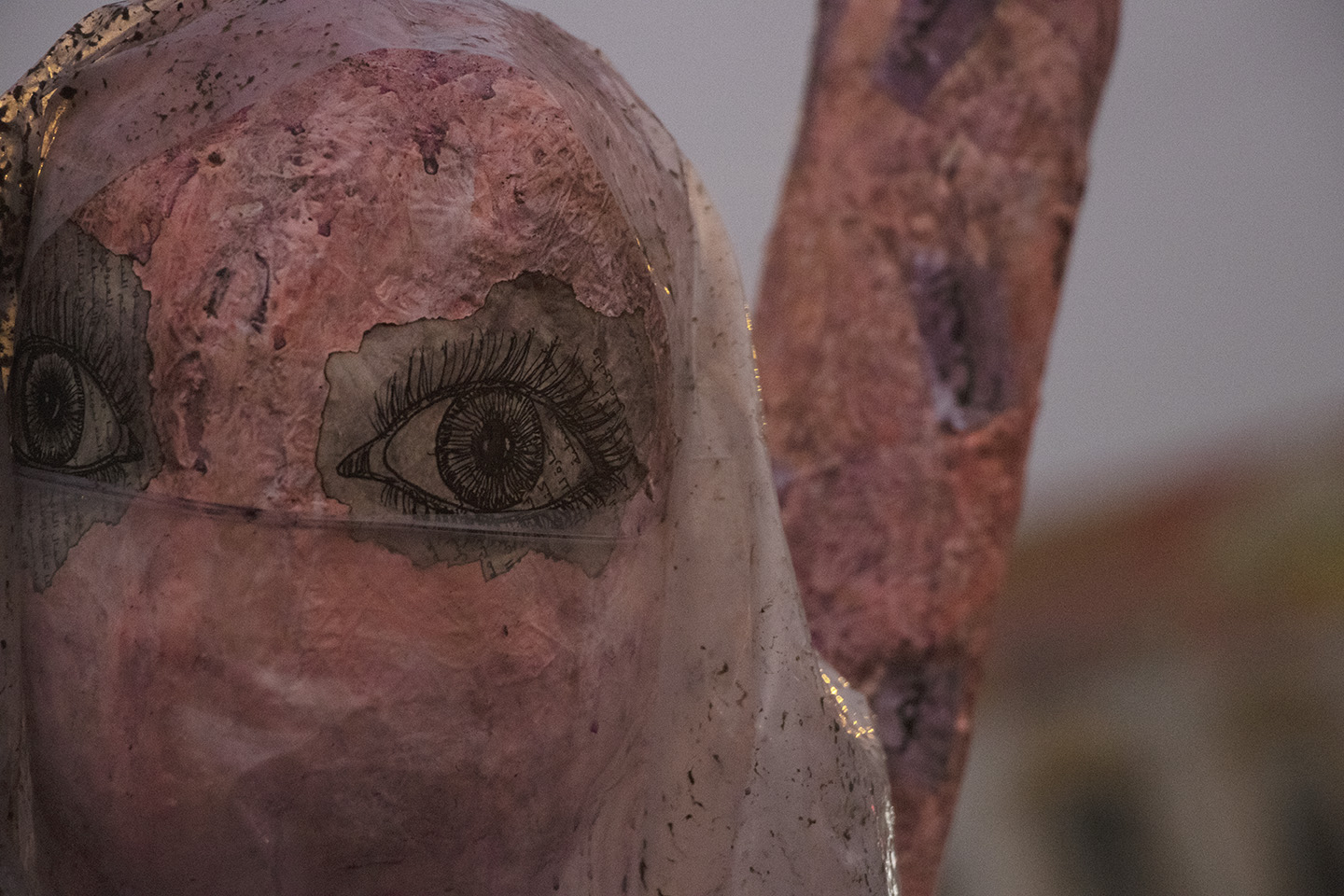 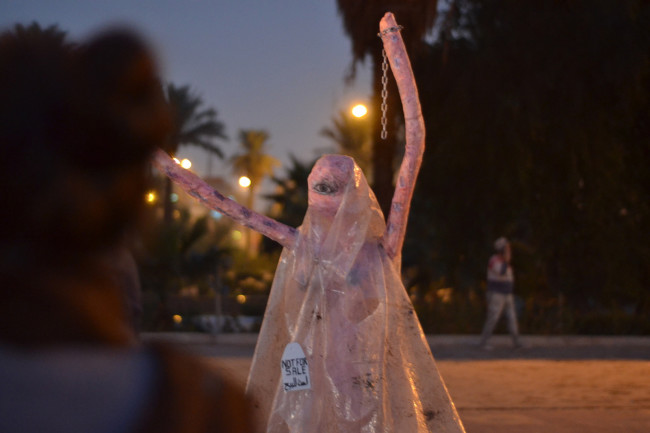 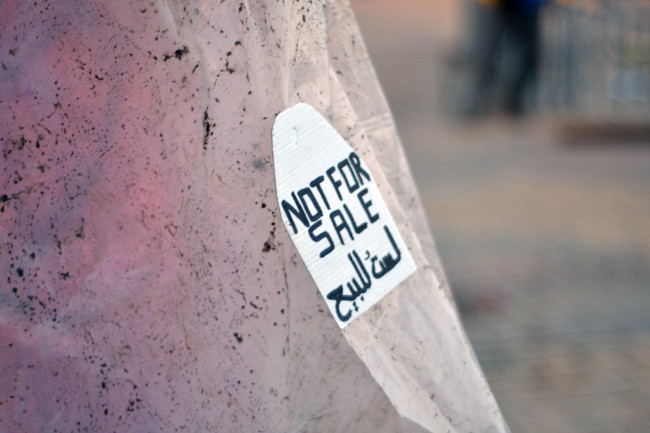 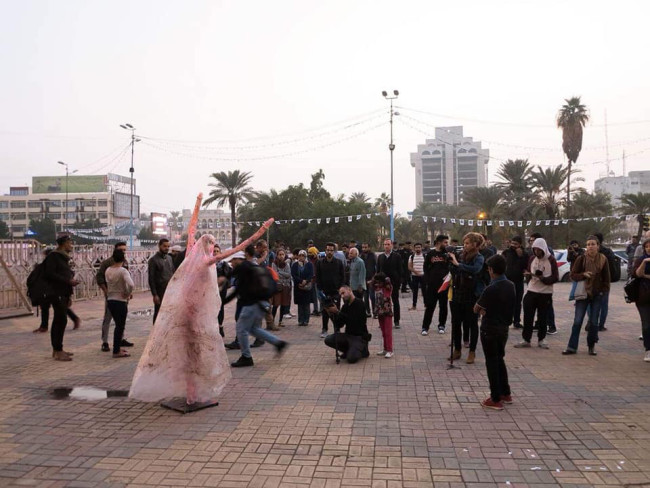 The sculpture NOT FOR SALE by Loay Al Hadhary shows a Yazidi woman wrapped in plastic foil, which represents the traditional Abaya robe. Underneath the semi-transparent veil, her naked skin is covered with marks, inscriptions of newspaper clippings and symbols that refer to slavery and misuse. Her hands are raised, tearing a chain apart. The statue stands for the fate of thousands of Yazidi women, kidnapped, enslaved, sold, and raped by members of the Islamic State (IS) during the years of genocide of the Yazidi community in Iraq. Al Hadhari positioned the sculpture underneath the Freedom Monument, known as Nasb al-Hurriyah, by sculptor Jawad Saleem and architect Rifat Chadirji, at Tahrir Square (Liberation Square), where people have historically held demonstrations. The monument was unveiled in 1961; it expresses the struggle of the Iraqi people before the 14 July Revolution in 1958 and commemorates the establishment of the Republic of Iraq. The monument symbolises the people’s strife against tyranny, a struggle that hasn’t been put to an end, fought again in the present day. IS has been pursuing a genocidal campaign against the Yazidi of Sinjar in northern Iraq, but to date, no perpetrator has been held accountable for the genocide.