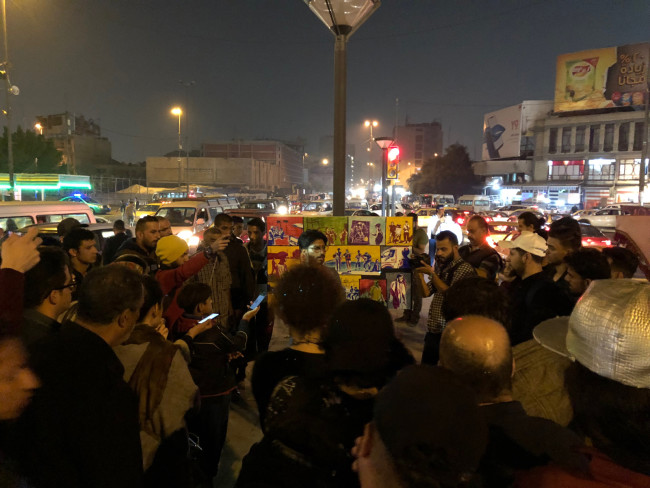 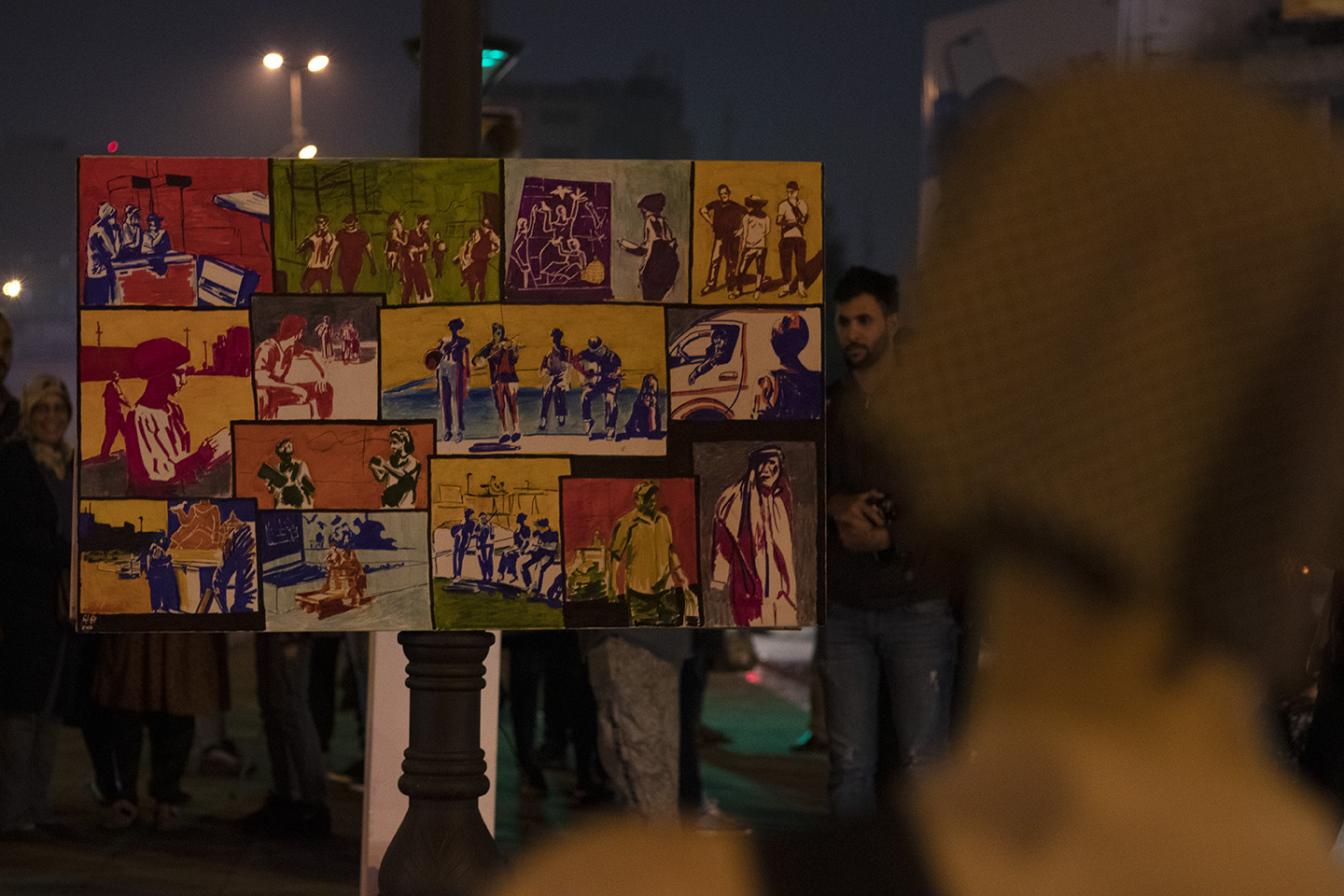 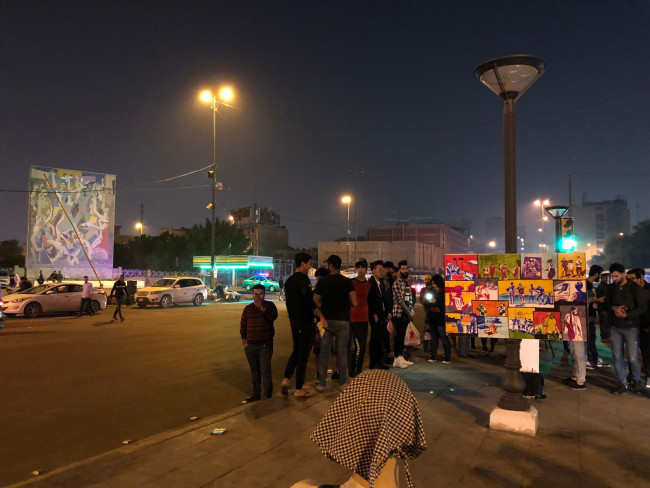 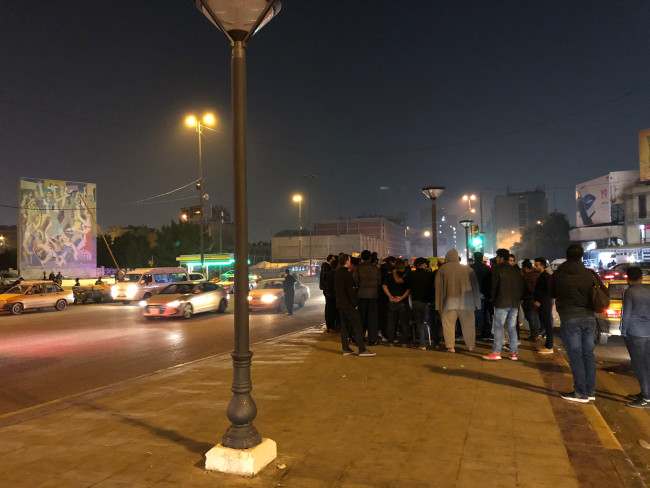 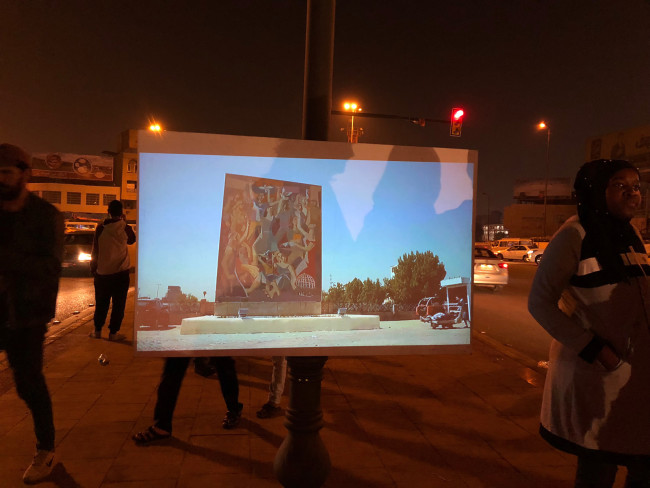 The video installation LADY BAGHDAD used documentation of an intervention by Ahmed Al Saad in collaboration with Tabarek Al Atrackchi. The pop-art-style video shows a young woman playing the violin in front of the The Freedom Monument, a large-scale mosaic by Faek Hassan at al-Tayaran Square. A guitar player joins the violinist for a spontaneous street concert, while a female artist makes live drawings of the situation. Al Saad’s video captures both the artistic interaction and the urban surroundings and goings-on. For BAGHDAD WALK, Al Saad projected the video at night in front of the monument where the intervention had taken place. Installed on a traffic island, the video screen faced one way, while on the opposite side of the screen, Al Atrackchi installed a canvas with her drawings, capturing the moments of the intervention in another medium. With LADY BAGHDAD, Al Saad wants to encourage women be more present in public life in Baghdad and to increase their visibility in the cityscape. Al-Tayaran Square is an important public space and transportation hub in Baghdad, at the foot of Baghdad’s Alumma Park, opposite Tahrir Square. The mosaic monument Celebration of Victory, by Faek Hassan, erected in the 1960s, is widely visible and depicts a celebrating crowd with women and freed doves. It was the first mosaic in Baghdad representing the people’s desire to live together in peace and harmony. Al Saad references an artwork and a time with a potent emphasis on equality and quality of life.