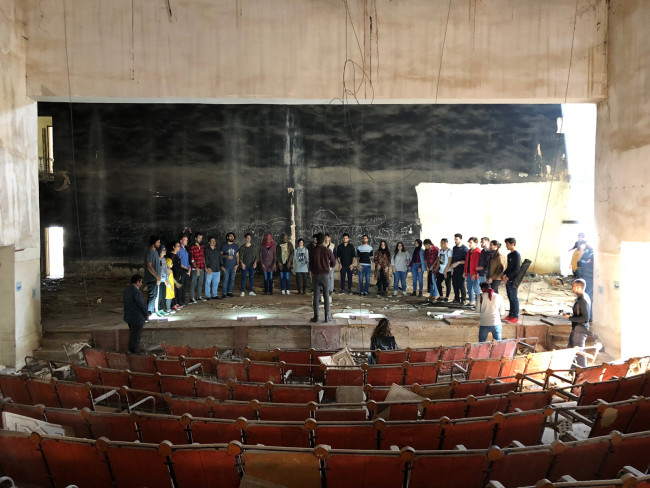 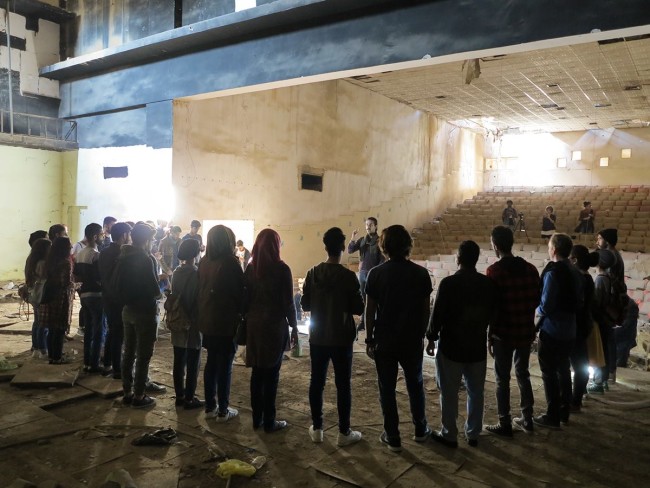 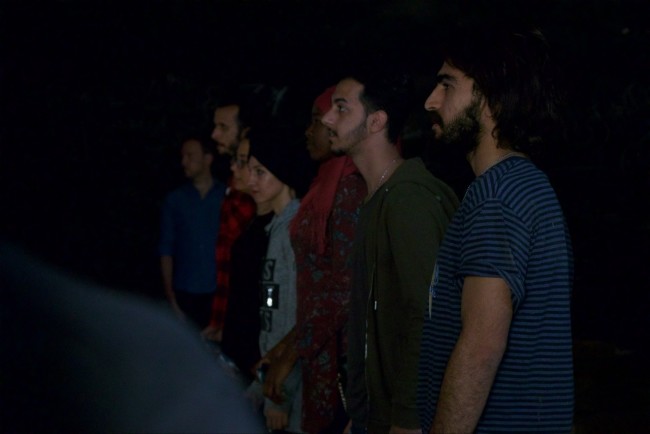 Composer and musician Ameen Mokdad conducted a body-percussion event, using the human body as an instrument to create sounds and vibrations. All participants in the BAGHDAD WALK were invited to join on stage and take part in the performance. The group exercise took place on the stage of the derelict, empty, and unused Abu Nawas Theatre, playing off the architectural features and astounding acoustics of the space. Mokdad is interested in activating social interaction through music; the participants were encouraged to listen to each other, letting the rhythm of their movements fall in sync, creating a small concert with nothing more than an exercise of collaboration. While everyone involved was both on stage and ‘in’ the audience at the same time, they experienced a sense of what the building once was, and what it could be used for again. The Abu Nawas Theatre was once one of the main attractions on the boulevard Abu Nawas, which follows the riverside of the Tigris and mostly used to host film screenings. Because the unresolved property situation today keeps private investors away, the theatre building is currently in the hands of the city administration and mainly used as a waste-disposal site.