NOWs: Future archaeology – a return from the moon by Fabian Anselm Orasch 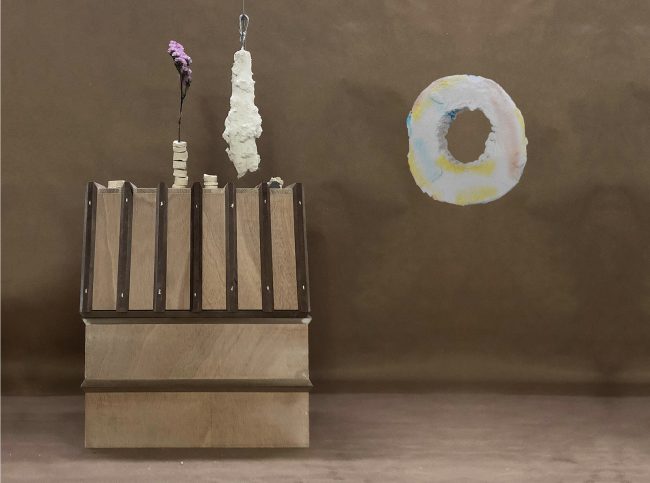 photo by the artist

Fabian Anselm Orasch: Future archaeology – a return from the moon

at msu– Museum of Contemporary Art in Zagreb

During his residency in Zagreb in July 2019, the artist researched the specificities of contemporary Croatian art, the permanent collection at MSU, but also the city of Zagreb. He was especially attracted by the open character of the Kožarić Studio, as well as by Zagreb’s modernist architecture and the way in which its elements were present in the development of the city. Installations and sculptures he is preparing for this exhibition in his Berlin studio will reference the atmosphere and the invisible structure of Zagreb. During his numerous walks in the streets of the city, he noticed the exhaust pipes of the underground steam pipeline and the manholes that extended from the heating plants to the consumers. They were partly invisible because they were located in the underground zone of the city. The surreal atmosphere—reminiscent of the reflection of the Moon on the Earth’s surface—will produce a device that will generate steam in the installation space. The steam will come out of sculptural elements that visually reference the abovementioned exhaust pipes.

Fabian Anselm Orasch creates works that are based on research into the local context. They function independently, but also in relation to other elements of the exhibition display. The exhibition artifacts come from a familiar world, but form wondrous and new ensembles, which are strange to us, and which we cannot easily identify. In doing so, he uses aesthetic and functional aspects that are familiar to him from architecture, urban planning, science, nature, and from the context of the place where the exhibition is created. This encourages the viewer to establish personal imaginative and associative worlds.

Fabian Anselm Orasch is a German artist of the middle generation (Berlin, 1981). After studying philosophy and art history at the FU Berlin, he studied sculpture at AdBK Karlsruhe, where he graduated under Professor Harald Klingelhöller in 2013. From 2013 to 2014, he continued his studies with Klingelhöller. He has exhibited in numerous group and solo exhibitions both at home and abroad and has won awards and scholarships (2014 Baden-Württemberg Scholarship for a stay in Warsaw).