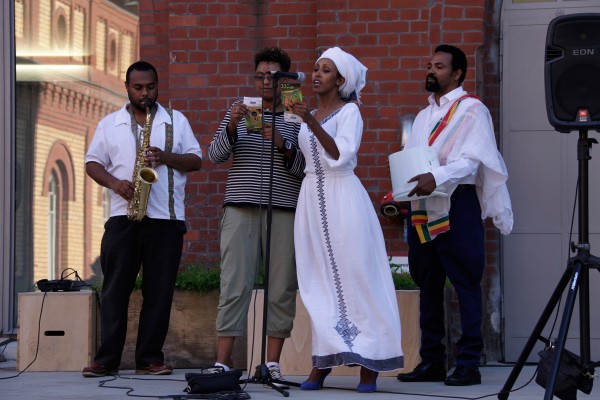 „Half a-gap half-firmed
superficially locked.
Who shall enter this door?“

Mihret Kebede is an artist, poet and a founding director of Netsa art village, an artists‘ collective. She is also a founding member of Tobiya Poetic Jazz Group since 2008 and is featured on the Tobiya poetry & Jazz DVD, Vol.1 release. She is highly regarded for her poetry readings and experimental artworks.

Abebaw Melaku is a renowned poet and journalist. He is a founding member of Tobiya Poetic Jazz Group since 2008 as well as a radio journalist on the influential Ethiopian radio show, „Addis Zema“. He has published a poetry book called „Keradion“ in 2007 and an audio poetry CD in 2008. 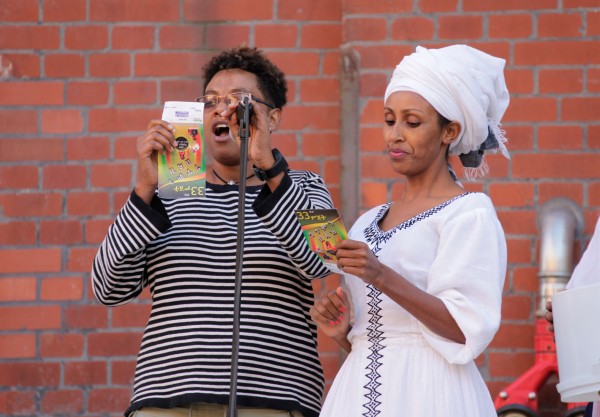 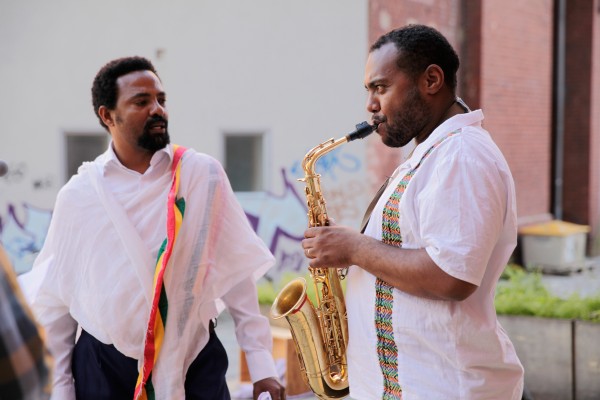 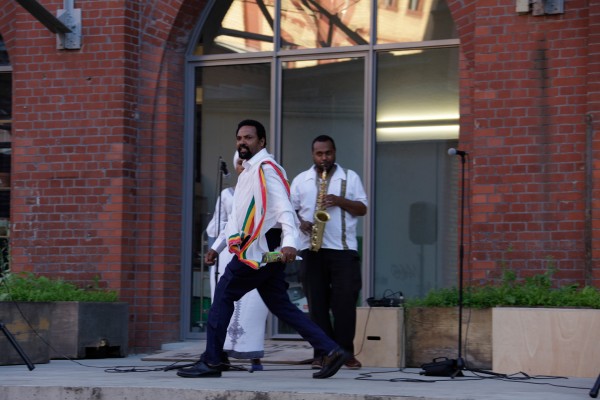