In front of the Abu Nawas statue 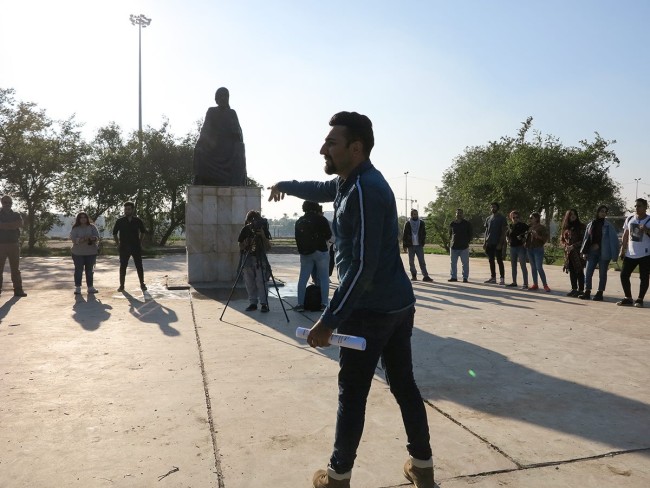 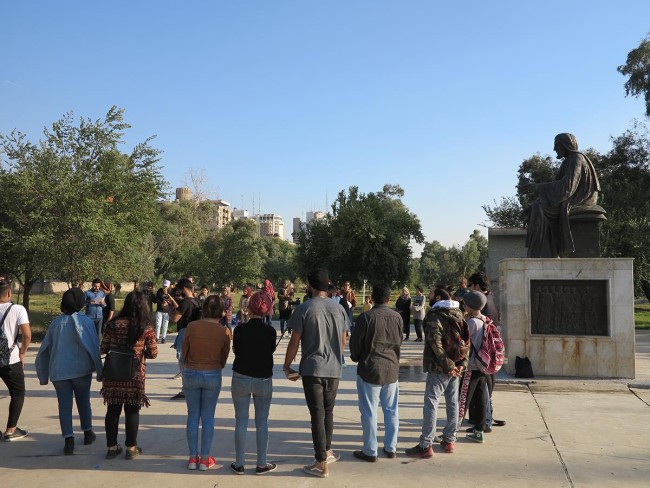 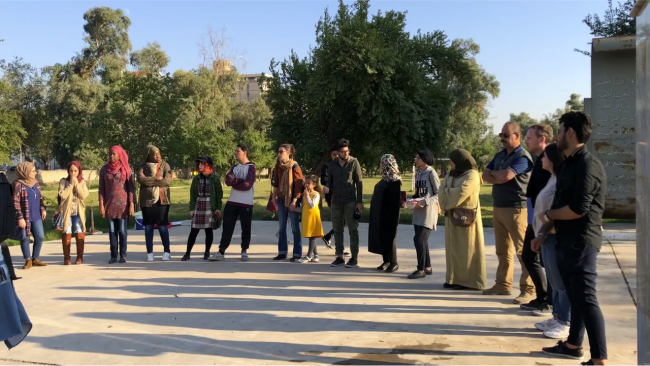 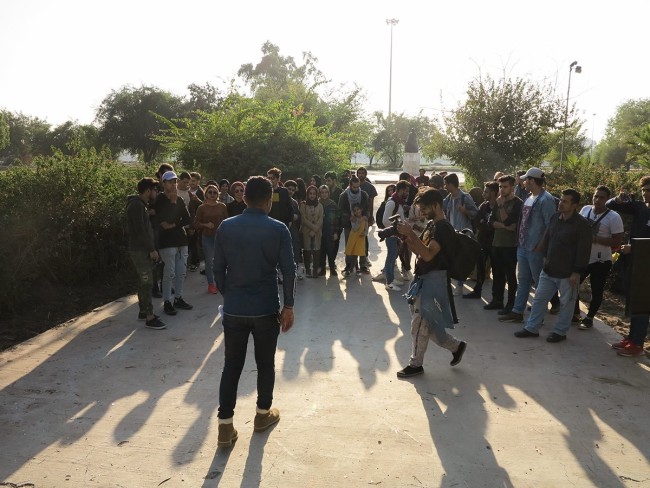 With his participatory work EXPRESSIONS, Husam Mohammed invited the audience to join together in a circle. He then proceeded to address each guest with a personal question, and the participants would answer each question without using words. With EXPRESSIONS, he wanted to challenge the audience and have people rely on their facial expressions, gestures, and body language as a means of communication. Mohammed is very critical of forms of expression used in social media today, such as relying on simplified icons, and he questions what the excessive use of emojis does to our everyday human interactions. The performance took place in front of the Abu Nawas statue, located in the park at the end of the boulevard Abu Nawas. The statue, designed by Ismael Fatteh and erected in 1962, honours the Iraqi poet Abu Nawas (756–814), who was a master of Arabic poetry. In poetry, the complexity and vitality of manifold ways to express human emotions stand in contrast to our reductionist forms of digital communication today. Following the performance, visitors were led back to the street; the exit was marked with a painting of faces on one side that showed lively expressions, and a sculpture resembling a judgment seat on the other side, to remind the visitors that they had the choice.