On the riverbank of Tigris 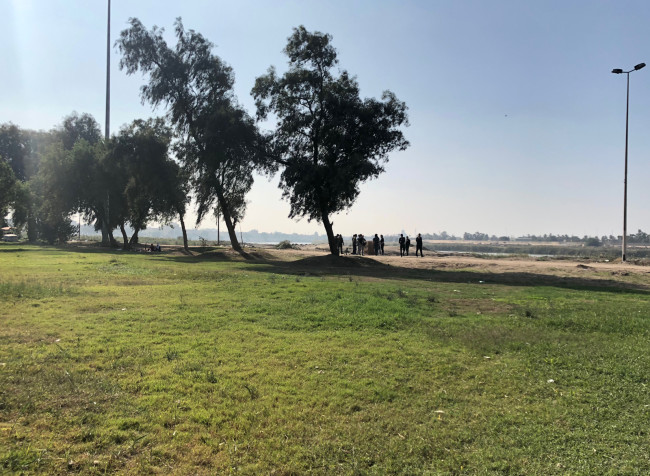 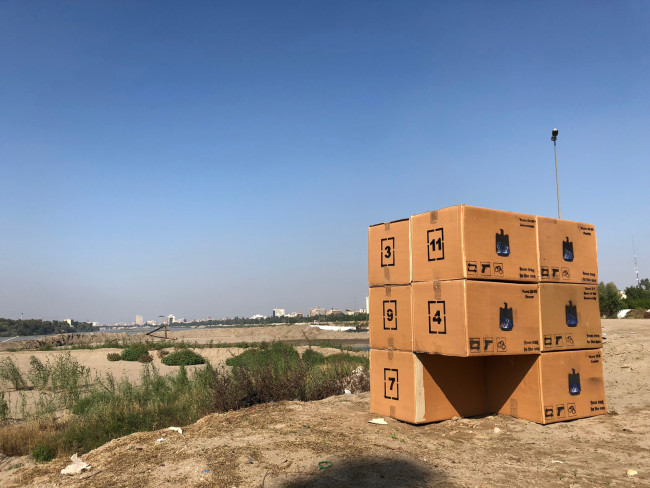 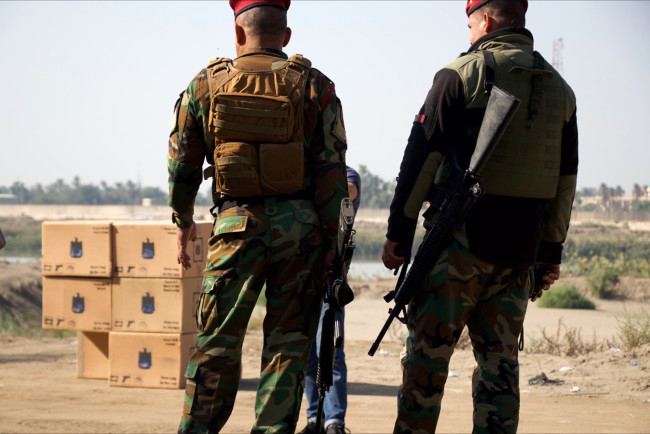 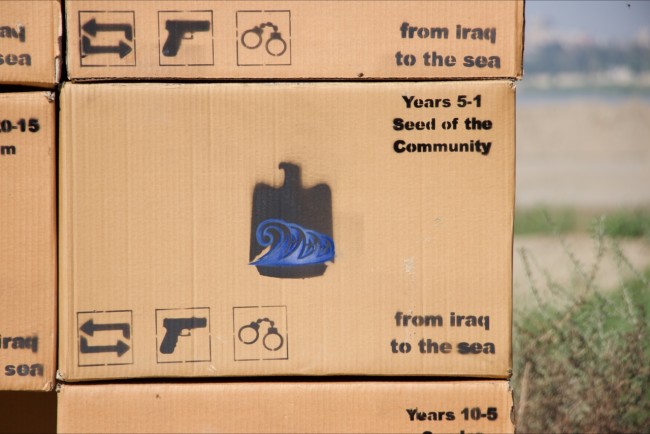 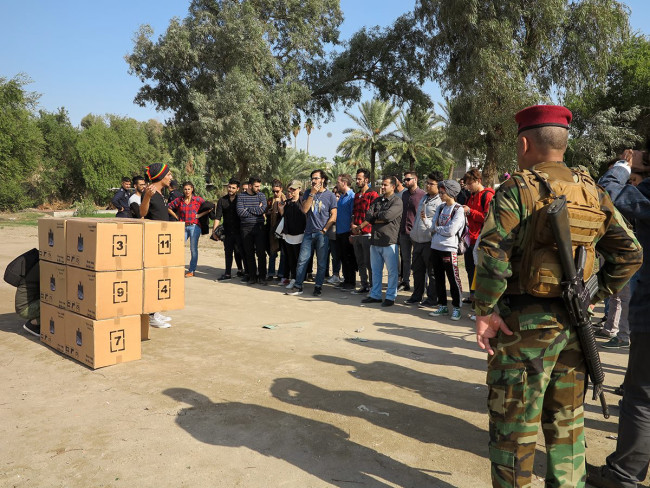 The site-specific installation ZANDUK (the Arabic word for ‘box’) by Zaid Saad was made of eleven cardboard moving boxes. These boxes were stacked and ready to be transported to an unknown destination. They were labelled ‘From Iraq to the Sea’ and featured stencils of transportation symbols that Saad designed to signal: don’t kill them, don’t put them in jail, don’t return to sender. The installation was accompanied by a sound piece wherein the audience would listen to voices of Iraqis who shared stories about those others who had left Iraq because of the war. Saad addresses the wave of migration that has taken away many Iraqis in the last few years. Mostly the younger generations have been sent abroad, in a way similar to what governments all over the world do during wartime with national treasures and artefacts, to keep them safe outside the country. Yet people are often sent from one insecure situation to another, or even to their death. Saad lends his artistic voice to the mourning families who stay behind and lose their loved ones one way or another, ripping society off its future foundation. The installation is positioned on the riverbank of the Tigris, which leads towards the sea. In the background, on the other side of the river, the wall of the so-called International Zone, where the national decision-makers reside, is visible.