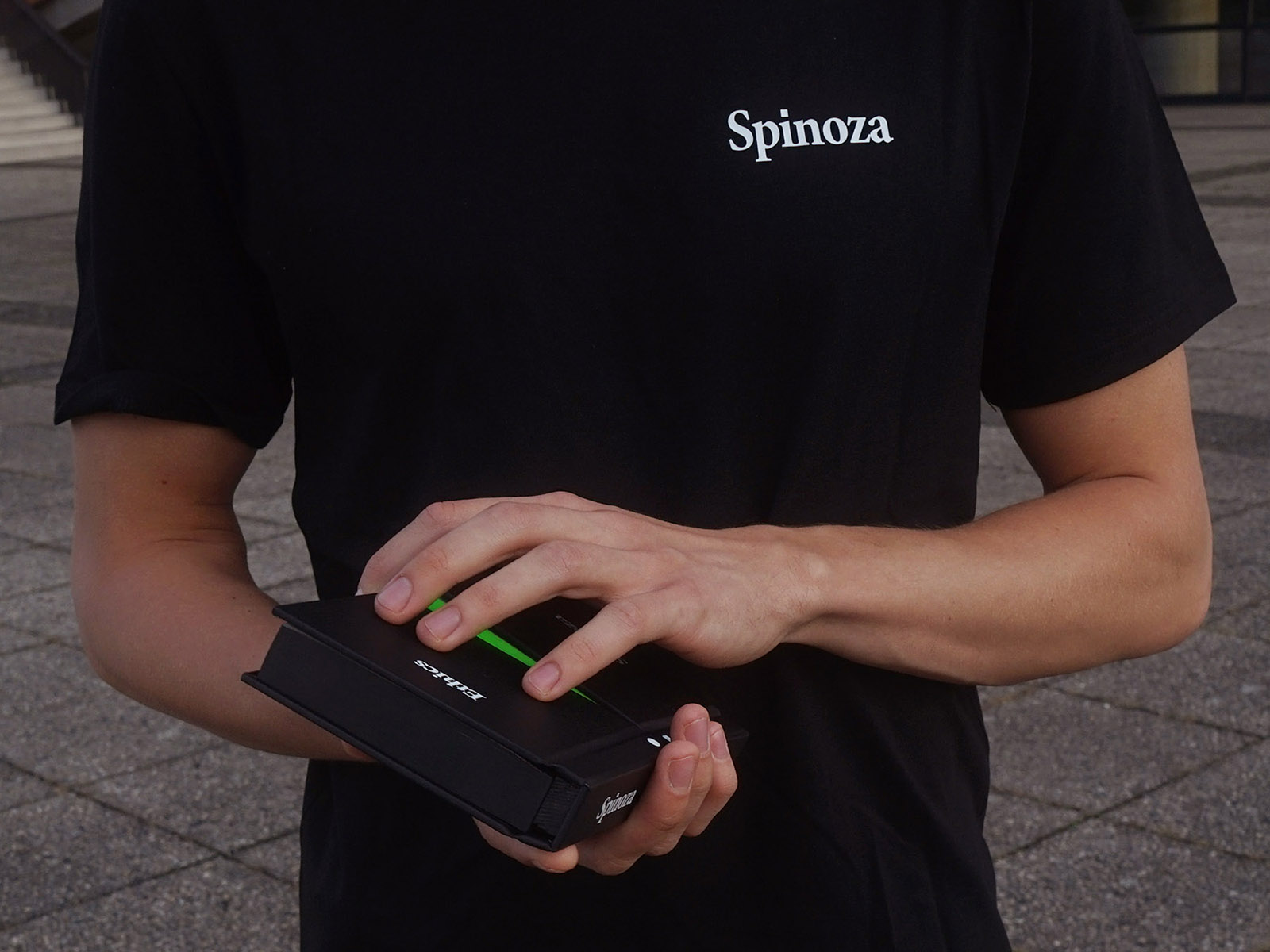 The philosophical treatise “Ethics, Demonstrated in Geometrical Order” by Baruch Spinoza, first published in 1667 was an ambitious humanist attempt to apply the method of Euclid in philosophy. Several definitions and axioms derive into propositions about the possible meanings of reality, nature, and the human emotions. And yet, the more mathematical it is, the more extraordinarily concrete, like a geometrical portrait of life. Spinoza’s understanding of affect (Affectus) is based on the belief that someone’s force of being in the world is in a continuous variation determined by ideas. It’s what we call existing: No problem, no question; or in other words, actions might require passions.

The book is a collector’s hardcover reprint cut in half. The whole, now consisting of two parts, can be united again by the force of magnets. Jorge Minano’s gesture of making the book magnetic reflects on the monist philosophy of Spinoza towards the linkage of body and mind, and challenges with an operation his attempt to define human ethics based on mathematics. In the age, when human creativity is credited as the dominant, yet destructive, influence on the planetary environment, new ethical frameworks that question human bondage might rise. 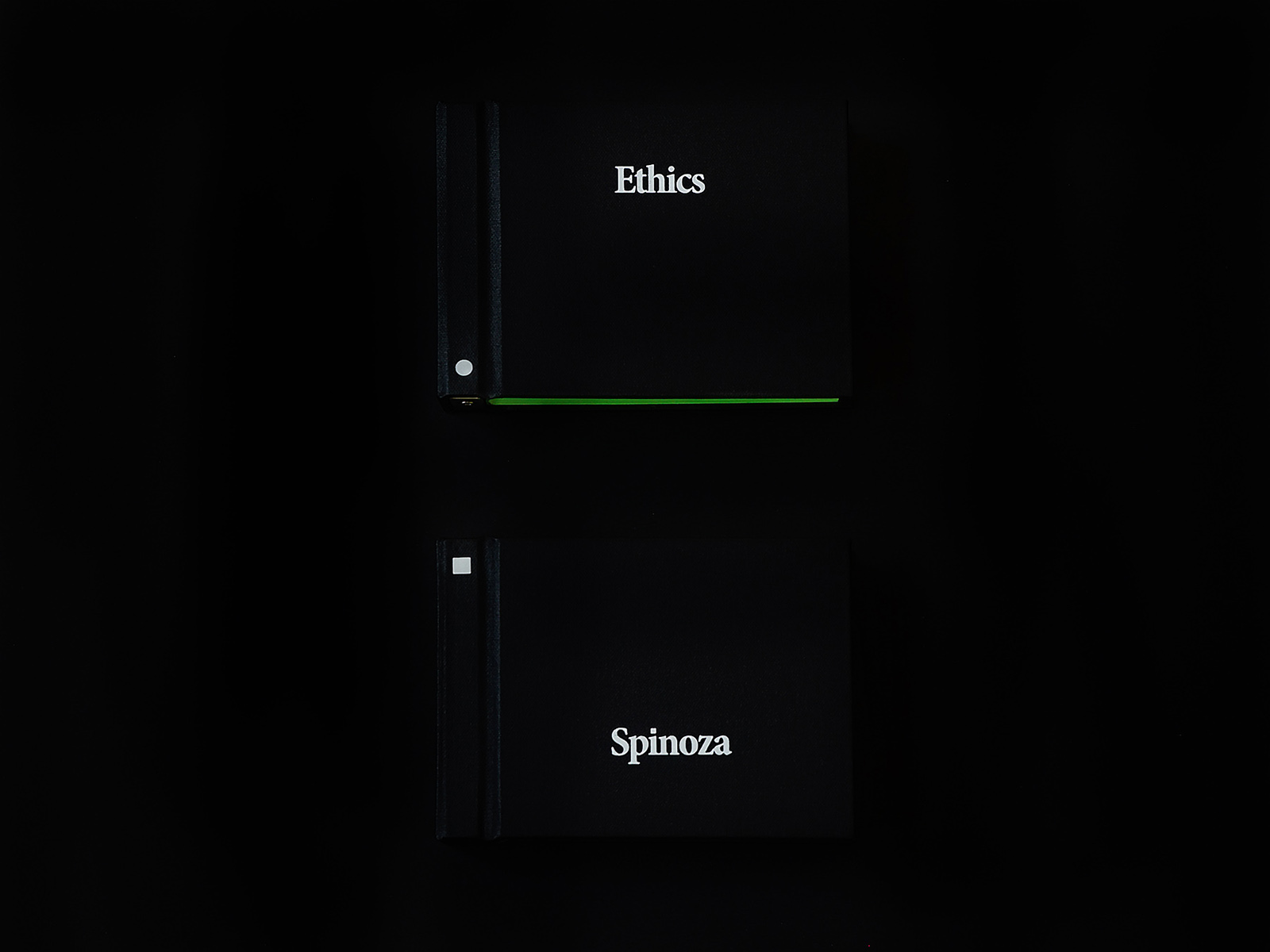 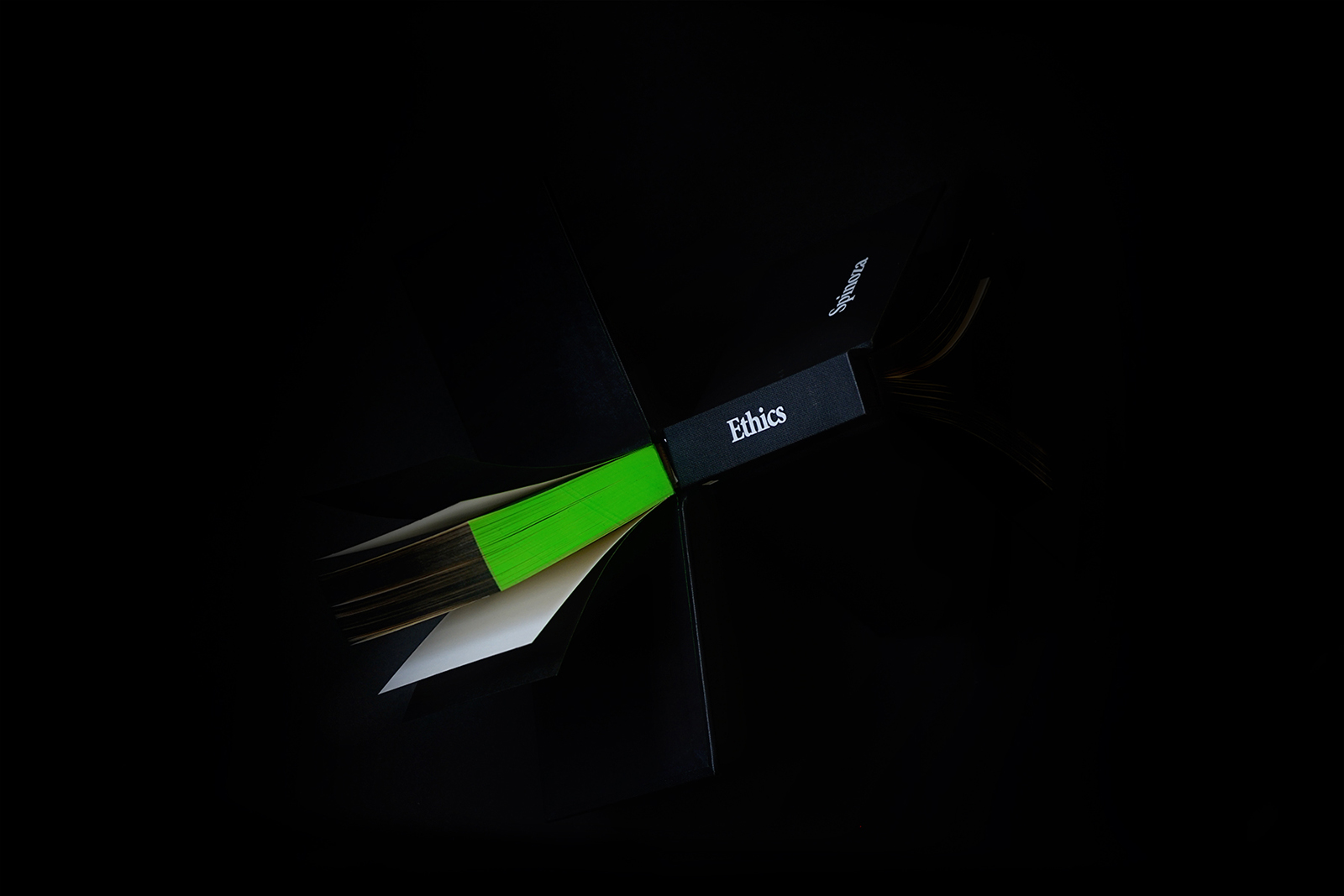 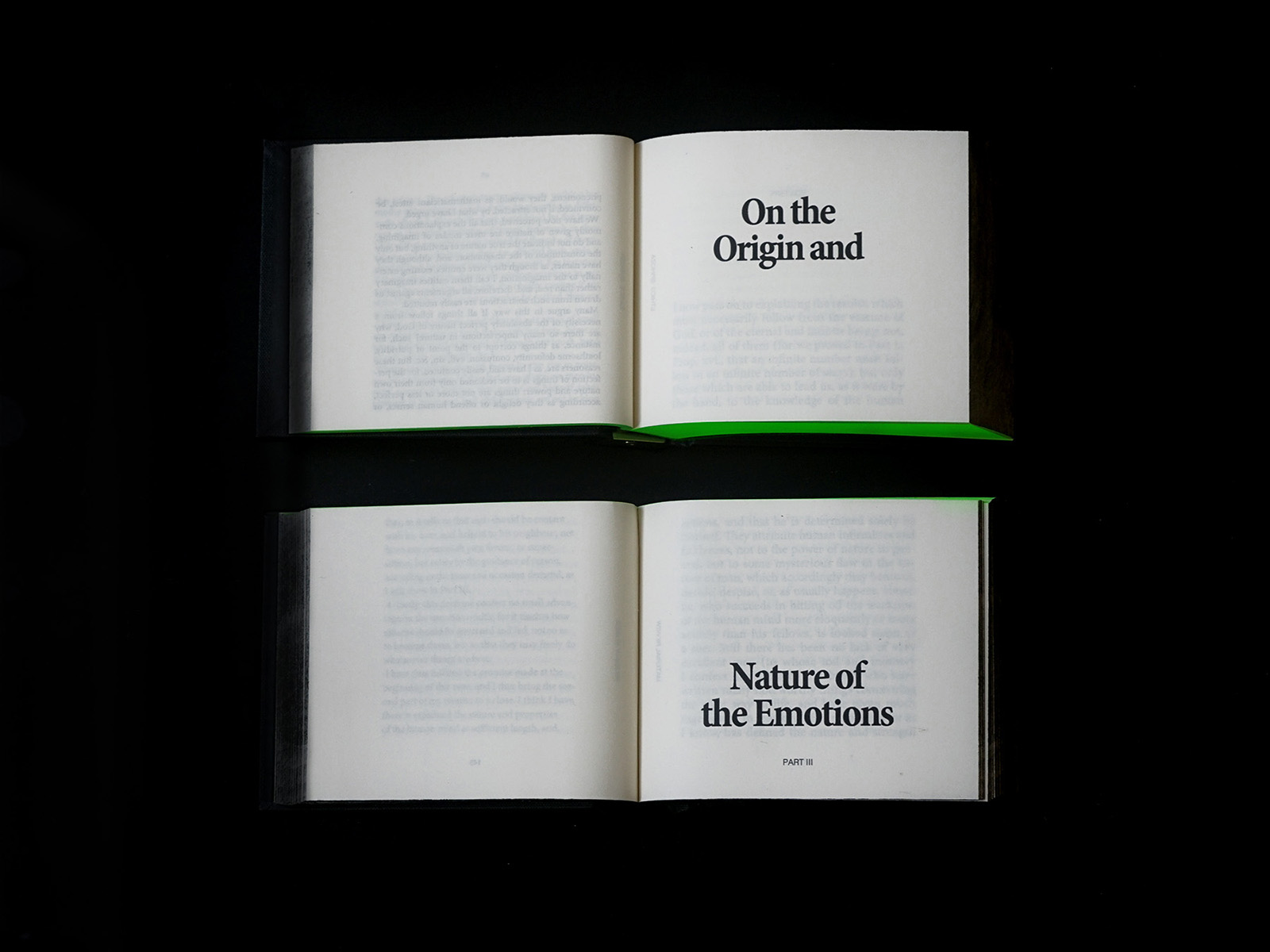 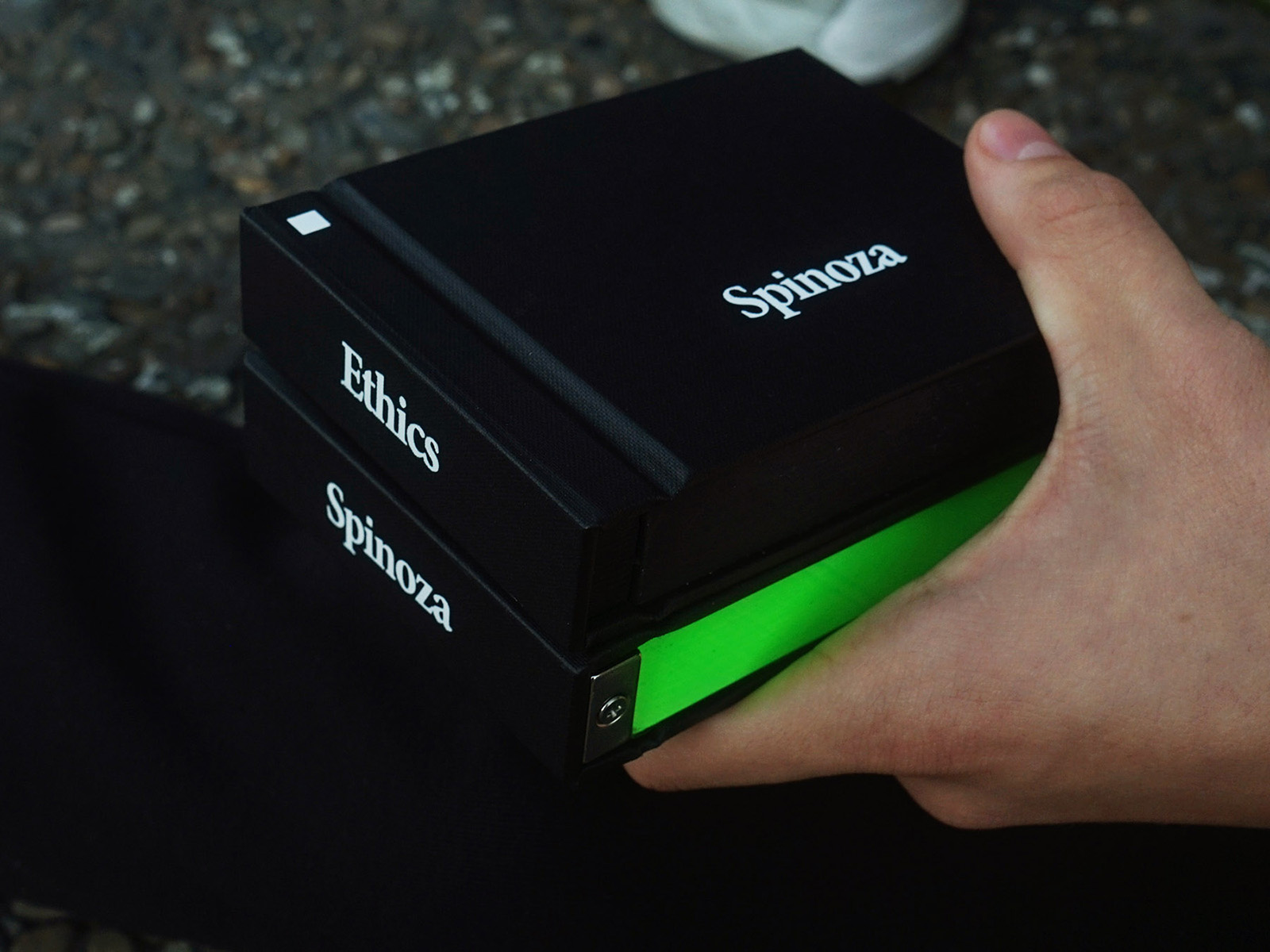