NOWs: Monument for the 308 by Andreas Greiner 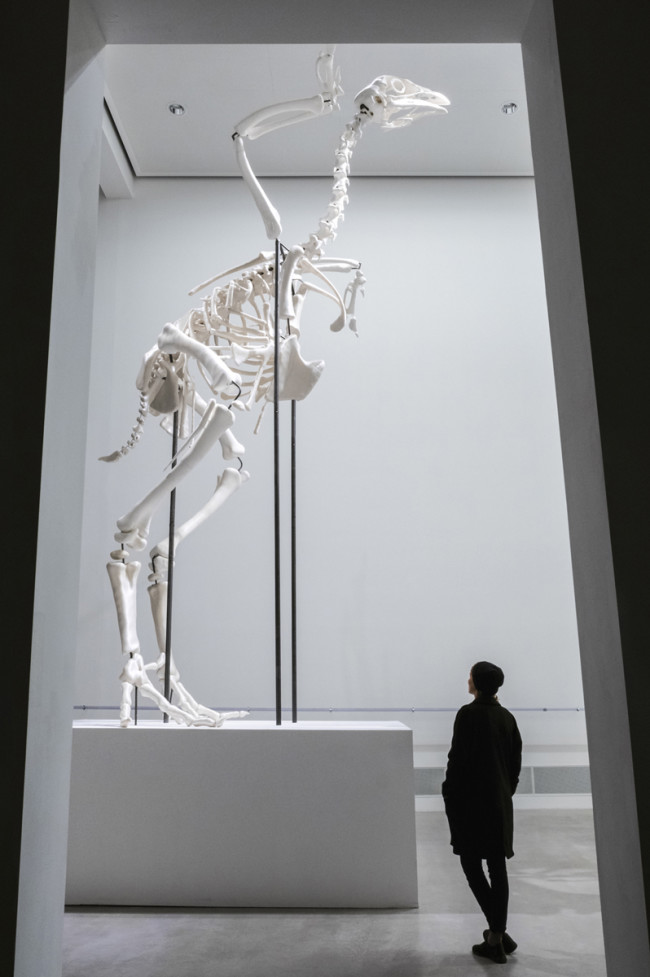 Andreas Greiner: Monument for the 308

For the annual food innovation summit Seeds & Chips the foundation 999contemporary presents Andreas Greiner’s sculpture Monument for the 308: A reflection on industrialised meat production and breeding techniques, which are characteristic of our contemporary relationship to our environment. A 7,5m meter skeleton stands towering over the conference like an ancient dinosaur.

The work carries the same name like a specific man-made breed of broiler chicken: Ross 308. Like its ancestor the Archeopteryx, this species of broiler will become extinct: Unable to pass on their hybrid DNA, they will die out as soon as humans stop artificially breeding them.

The Berlin-based artist thus speculates upon a possible archeology of the future: If dinosaurs are a relict of the mesozoic era, genetically altered chicken would in future be a relict of the Anthropocene.

The work was originally exhibited on occasion of Andreas Greiner‘s 2016 solo exhibition “Agency of the Exponent” in the Berlinische Galerie, a contemporary and modern art museum in Berlin. It is a 7,5 m tall replica of a broiler chicken skeleton (found dead in an industrial fattened chicken farm in Brandenburg), which the artist then froze for stability and conservation. Afterwards its body was scanned at the Charité in Berlin using cone beam computed tomography (CBCT) to create a 3-dimensional digital reproduction of the bones. This rendering was enlarged 20 times (20:1) and the data transferred to a 3D printer to produce the single bones.

Ross 308 has nourished billions of people with cheap and abundant protein. “Monument to the 308” honours this pillar of society and imagines a future in which we will grant nature the same ‘human’ rights, as we grant ourselves. The future of food is undoubtedly a political question. One which must be answered with a resounding ‘yes’ to a sustainable agriculture and radically reduced meat consumption – in order to safeguard the earth that shelters us and our children and express gratitude to the food it provides us with. 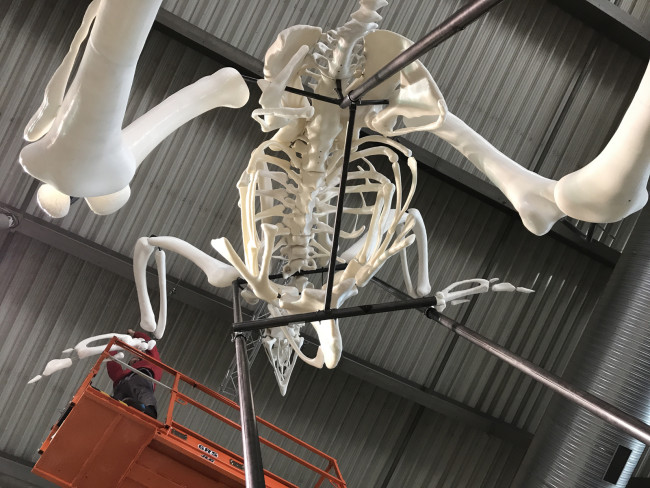 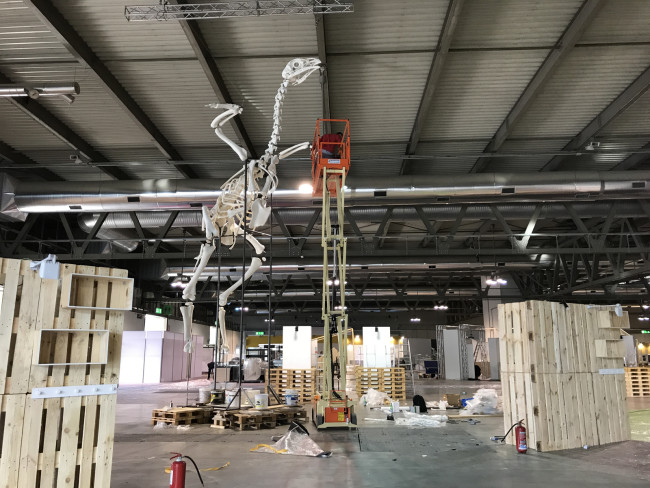 Andreas Greiner: Monument for the 308, 2016, Milano (during installation). Photo: 999contemporary