NOWs: An Invitation to Disappear by Julian Charrière 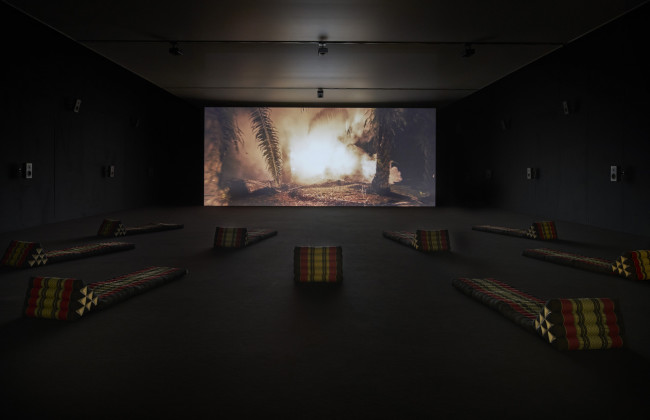 Julian Charrière: An Invitation to Disappear

Tambora, which literally means “an invitation to disappear,” is a volcano on the Indonesian island of Sumbawa. In 1815 it became clear just how appropriate and fateful the choice of name would prove to be, for that was when Tambora became active, triggering what was—and still is—the largest volcanic eruption in recorded human history. Not only the island’s inhabitants fell victim to the explosion, for the cloud of ash spread across the globe and led to temperatures falling as far away as Europe and North America. 1816 went down in history as the “year without a summer.” The volcanic winter, which persisted until 1819, caused failed harvests, floods and famines. But it produced other colours, too. The sunsets changed due to the countless aerosols in the atmosphere. The works created by J.M.W. Turner and Caspar David Friedrich during this period exhibit a remarkable spectrum of colours. It has been argued that both painters, as chroniclers of their time, consciously chose to depict the differences in sunlight.

A warm, bright red, oscillating between an orangeyyellow and autumnal brown—this is the colour of palm oil. It is extracted from the fruit of the oil palm, forming a raw material that is nowadays present in nearly half of all supermarket products. From margarine to chocolate, from lipstick to skin cream, from candles to washing powder, the fruit of the oil palm forms the basis of them all. Although the material has almost universal applications, far less is known about how and where it is extracted, or about the consequences associated with the harvesting process. The growth in oil palm plantations has resulted in monocultural farming, ground poisoned by pesticides, and rainforests cleared to make more land available for agriculture. Entire swathes of land—primarily in Malaysia and Indonesia—are changing in appearance. Thanks to the fixed grid pattern used for planting palms, a completely unique visual rhythm is in the process of being created. What from the air looks like a seemingly infinite mesh of lines is actually the star-shaped crowns of domesticated palm trees, all thronging together. Paths cross and connect the land area. Under the treetops extends a barren landscape, strewn with fallen palm fronds and partially covered with grasses and ground cover plants.

In Das Hungerjahr, Heinrich Bechtolsheimer describes the appearance of the sky in the Rheinhessen region in October 1816: “The glowing sunset lit up the western sky like an expansive luminous conflagration; yellow, violet and red lights flickered here and there.”[1] Coloured lighting illuminates the dark night in a crowded palm field. An infinite loop of hard, electronic rhythms cuts through the infinite peace and quiet of the field full of trees. A palm oil plantation shudders, shaken by light and sound. The scenery fluctuates between tempting and threatening. We are in the exhibition An Invitation to Disappear by Swiss artist Julian Charrière. The eponymous series of works extends over the three horizontal spaces of Kunsthalle Mainz, following a set choreography. Step for step, room for room, the visitors approach a rave. They follow the rhythms and sounds of electronic music, becoming ever more submerged in a setting veiled by wafting mist until they reach the heart of the exhibition: a film shot in a palm-oil plantation in the Far East. It is a film that persuasively presents the excessive, exploitative decimation of nature to visitors who are intoxicated by music. The ubiquity of palm oil as a material is analogous to our total lack of interest in how it is produced; the physical absence of people changes abruptly into the omnipresence of their actions. Image and sound are consolidated into metaphors not only for people’s belief in progress but also for their short-lived interests—and for the enormous consequences that these have. At the same time, they conjure up collective trance-like states and experiencing the transcendence of time.

On the occasion of the exhibition a publication will be released. 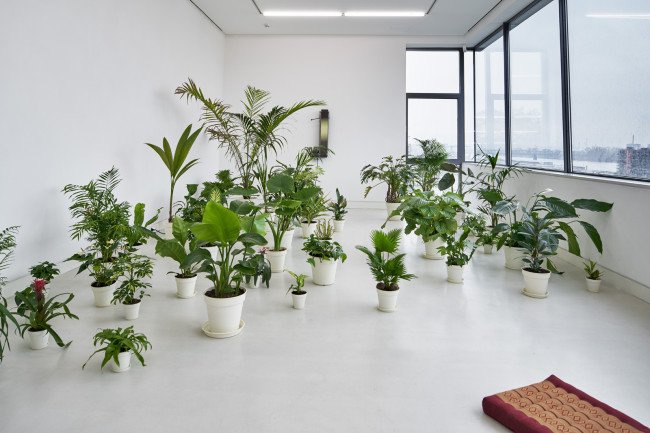 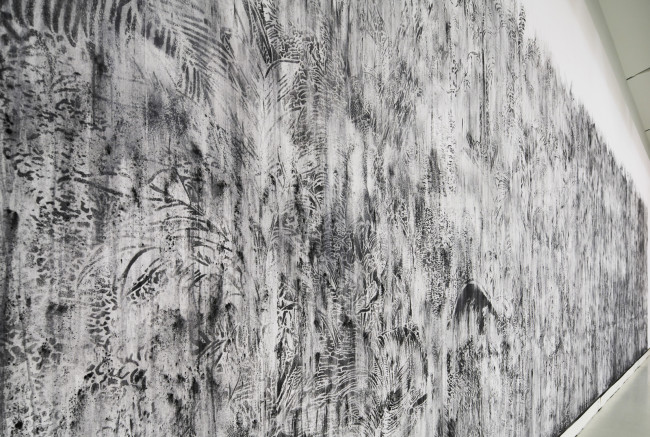 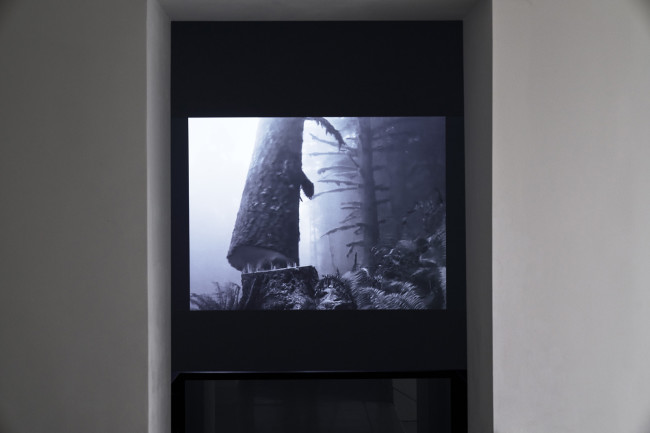 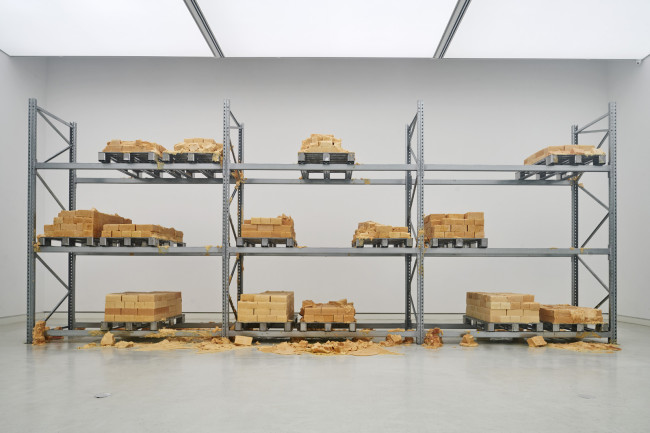 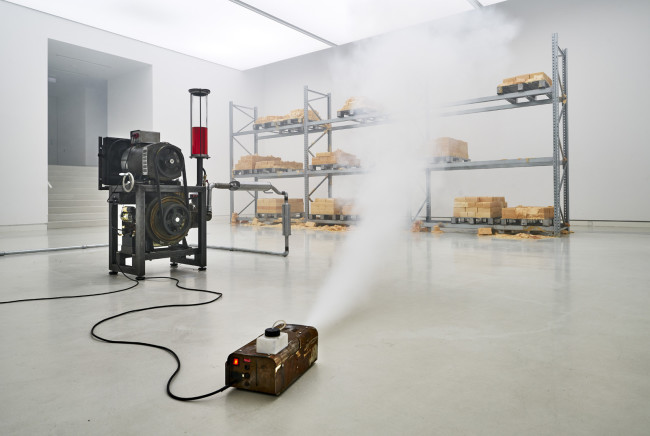 Julian Charrière, It Was Hard Not to Be Preoccupied by the Fire and the Nightfall, 2018. Photo: Norbert Miguletz, © Julian Charrière; VG Bild-Kunst, Bonn, Germany.