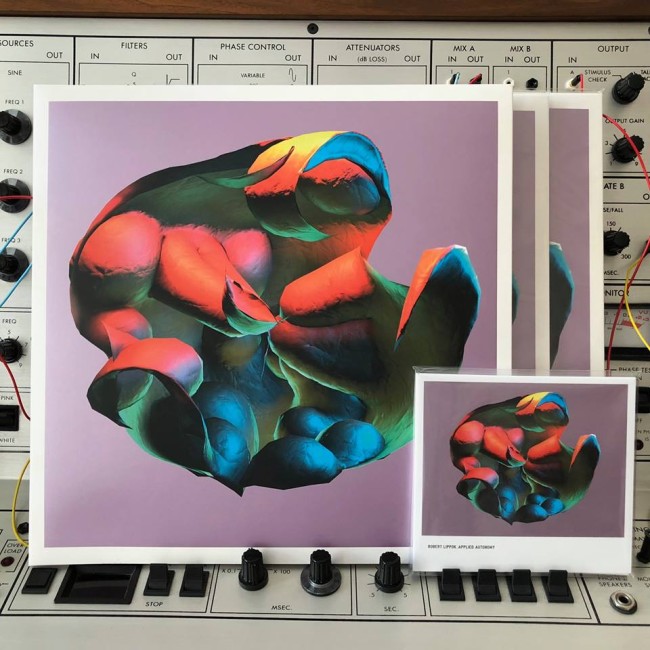 With »Redsuperstructure«, Robert Lippok created a new foundation for his musical endeavors. Now – 7 years later – this system properly comes to life on »Applied Autonomy«. The title of the new album is a clear indicator as to what the Berlin-based producer has been up to during the last couple of years, both on a conceptual level as well as how he molds his ideas into tracks.
»Applied Autonomy« orchestrates a certain state of frantic standstill, which occurs once a structure is set. Has this state been reached, the artist is free to focus on other equally important aspects, balancing the various shades, pushing ideas even further to really make them shine and blossom in their self-declared autonomy. The more light one lets in, the more layers become visible.

Layers are key when it comes to understanding »Applied Autonomy«. Big chunks of the material with which the album has been produced derive from sketches specifically made for a club performance. Rather than meticulously devising each and every detail, Lippok focussed instead on recording as many fragments as possible in a short period of time, elements which he could later combine and layer on stage. Based on this material and his experience experimenting with it in a live environment, the album slowly began to shape. An album culminating in a collaboration with Klara Lewis, with whom Lippok spent 2 days at the EMS studios in Stockholm, approaching the idea of autonomy from yet another angle. During the session, both musicians played and performed simultaneously, yet not explicitly together, lost in their own thoughts and ideas, only subconsciously taking in what the other one was coming up with. The result is »Aamtal«, 14 minutes of a constantly evolving state of poise, magically connecting all the dots Lippok had already defined as »Applied Autonomy«.

The artwork for »Applied Autonomy« has been created by the Berlin-based Argentinian artist Lucas Gutierrez. Over the last couple of years, he has made a name for himself with his spectacular AV performances.