Space Coordinates presents works by Nina Schuiki and Paul Kuimet that condense as sequences of photography or sculpture in space. These serial results often remain arrested in the form of an infinite loop or seem to circle infinitely onward. Both artists share an interest in these issues: they encounter one another for the first time in the exhibition Space Coordinates.

In endless candle (2017), Nina Schuiki‘s gesture robs a candle of its light-giving function and stretches the material so that it melts to form a circle. In this way, a bright, semi-transparent ring is created made of wax with a visible wick, where the candle is shifted as a light source and instrument for measuring time in the form of a loop. In a chain of wood over twelve meters long entitled Everything is not lost (2016), Schuiki reorganizes found tables and chairs from the streets of Shanghai into a regular arrangement of points in space. Here as well, beginning and end are linked to one another and the resulting endless loop recalls popular prayer beads. The new series Hand (2017) consists of abstract photographs that Schuiki prints directly onto glass: the motifs turn out to be chance shots taken with cameras on mobile phones showing the inside surfaces of hands. The portal of the touch screen, constructed for tactile permeability, is reversed to a blocked view and gains an unexpected power as a photograph. Schuiki’s work recalls the “accidental pictures” that Peter Geimer describes in his book with the same title. The things represented dissolve in close up and instead the “medium of representation itself comes to appear.” By way of the abstract palm, the screen is not so much transparent, but rather becomes palpable—physically and conceptually—as a glass object.

In Paul Kuimet’s slide projection Untitled Transparencies from 2017, the images remain stuck in their medium. In an endless loop, Kuimet shows blinded windows on façades of traditional wooden homes in Estonia. The window as a light source for the architectural interior is repeated in analog slide frames as a mediating window through which the light falls to produce an image. Kuimet casts the light image back onto a wall and this results in images of blinded windows, additional windows in the exhibition space. The window as a window as a window thus remains in the projector box while the slide carousel continues turning.

The work 2060 (2014), developed as a black and white film, takes this as a point of departure and shows a sculpture from 1968 by Estonian artist Edgar Viies. The Möbius strip of filmed sculpture is reflected upon and expanded both in the endless circling of the filmed object as well as in the looped filmstrip that inexorably runs through the projector. In Communist Estonia, Viies’ original sculpture seemed formally associated with the sculpture of Western abstraction. Kuimet’s film 2060 preserves it in this state of self-referential, constant reorientation on a screen viewable from both sides. The viewers walk around the filmed object on the screen. Kuimet is thus referring not least to Michael Fried’s infamous critique of modern sculpture formulated in his 1967 essay “Art and Objecthood,” written a year a before Edgar Viies created his object.

With Nina Schuiki’s and Paul Kuimet’s works, Space Coordinates tries to show an affinity to the materials and discourses of architectural postwar modernism and the transformations in photographic media and the resulting reorientation of sculpture. At the same time, both artists do not view these periods in a nostalgic way. Instead, they cast a contemporary view of art of the 1960s and 1970s that is programmatically expressed in the title of an earlier work by Schuiki: Condensation Modernism.

Paul Kuimet (born 1984 in Tallinn) studied photography at the University of Art and Design Helsinki and at the Estonian Academy of Arts in Tallinn. In 2017 Kuimet participated in the exhibition The Archeology of the Screen at the BOZAR Centre for Fine Arts in Brussels and 2016 he was part of The Baltic Pavillion of the The 15th Venice Biennial of Architecture. Paul Kuimet has had solo and group exhibitions in institutions such as Contemporary Art Museum of Estonia (EKKM), Tallinn; Tallinn City Gallery, Tallinn; Kumu Art Museum, Tallinn; Tallinn Art Hall Gallery, Tallinn; Tartu Art Museum, Tartu; KIM Contemporary Art Centre, Riga. In 2018 Paul Kuimet will have a residence at WIELS Contemporary Art Centre in Brussels. Works of Kuimet are in the collection of the Espace Photographique Contretype, Brussels and the Carousel Colletion, as well in many private collections in Estonia.

Nico Anklam is an art historian and curator. He was lecturer for Art Theory at the University of the Arts Berlin and conceived exhibitions at Kunsthal 44 Møen, the Rietveld Pavilion Amsterdam and YEARS Copenhagen, amongst others. Most recently he realized a traveling exhibition and performance program around the Fluxus composer Henning Christiansen between Denmark and Norway. Currently he works as a research fellow at the University of Greifswald on art and image production of the 19th century in Northern Europe and its colonies.

On the occasion of the exhibition the Estonian Embassy in Berlin invites you to a conversation between Paul Kuimet, Nina Schuiki and Nico Anklam at their premises in Berlin-Tiergarten: Friday, January 12, at 7 pm.

The embassy is located at Hildebrandstraße 5, 10785 Berlin – about 10 minutes walking distance from WNTRP. The conversation will be held in English.

Sponsored by the Cultural Endowment of Estonia and the Estonian Embassy in Berlin. 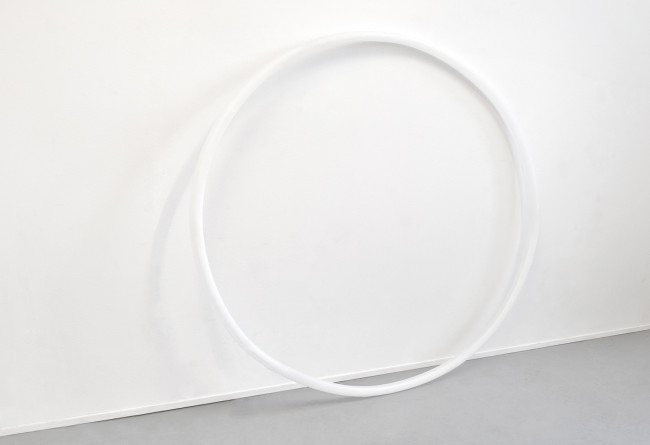 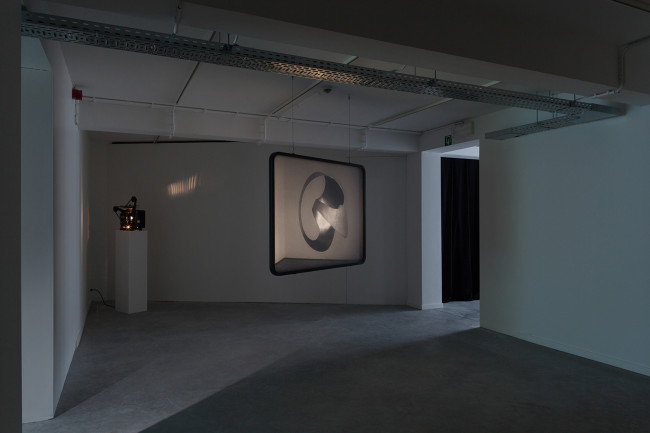