NOWs: SPACE IS THE PLACE (1/4): Thresholds. Limits of Space 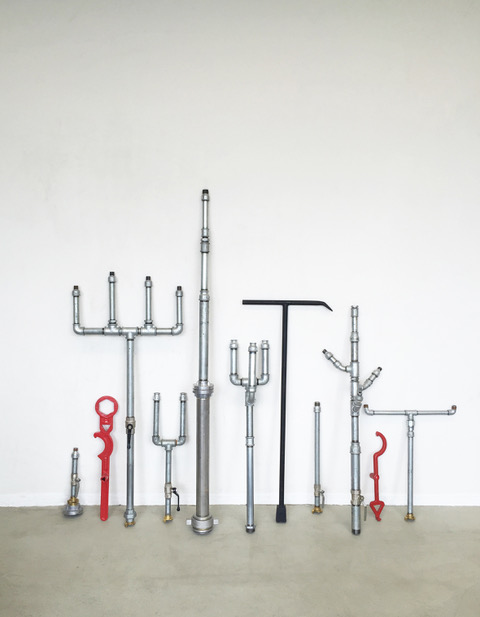 SPACE IS THE PLACE (1/4): Thresholds. Limits of Space

Under the title SPACE IS THE PLACE the upcoming BNKR-exhibition cycle 2018-2019 conceived by Berlin-based curator Lukas Feireiss is dedicated to the artistic exploration of space. Through a numerous events, solo and group exhibitions as well as an international symposium, SPACE IS THE PLACE investigates the experience, imagination and design of space in theory and practice together with artists, architects, musicians and dancers but also philosophers and scientists.

The upcoming exhibition cycle SPACE IS THE PLACE starts with the group exhibition Thresholds. Limits of Space. Based on Bruce Nauman’s seminal work Body Pressure (1974) which provides a set of typed out instructions for merging their bodies with an architectural surface, the exhibition explores the corporal-spatial unit of critically experiencing space through the works of different generations of artists. In her ingenious single channel video performance entitled Little Frank and His Carp (2001), the American artist Andrea Fraser is for example seen walking around the atrium of the Guggenheim Museum Bilbao listening to the institution’s official audio guide, which culminates in an almost erotic encounter between the artist and the architecture. In a newly conceived site-specific work Korean-artist Jeewi Lee makes the invisible visible in the exhibition space, whilst German artist duo Wermke / Leinkauf investigate the surmounting of architectures in Berlin’s former border area in a mixed-media installation and Berlin-based artist Raul Walch transforms city hydrants in the surrounding urban environment into ephemeral fountains.

Participating artists
Bruce Nauman (1941) is widely regarded as among the most important living American artists and as a catalyst for the recent shift in international artistic practice toward conceptual and performative uses of language and the body. His practice spans a broad range of media including sculpture, photography, neon, video, drawing, printmaking and performance.

Andrea Fraser (1965) is a performance artist, mainly known for her work in the area of institutional critique. Fraser is based in New York and Los Angeles and is currently a new genres professor of the Art Department faculty at the University of California, Los Angeles.

Jeewi Lee (1987) works with performative and daily occurrences in her site-specific room installations, actions and image series, which come into view as traces and serve Lee as painterly element. For Lee traces concurrently indicate movement (in urban as well as in exhibition spaces) as well as the reflection of the production process itself. In her work Lee looks into and highlights social and historical events that have been burnt into various materials.

Wermke / Leinkauf The Berlin based artist duo consisting of Matthias Wermke (1978) and Mischa Leinkauf (1977) works on actions, performances and installations dealing with the hidden possibilities of a city. Using artistic strategies they create temporary irritations, that allow new perspectives on everyday situations. They explore the boundaries of the public sphere to question common standards and constraints. They “open” the city by using not only their bodies but the material and the tools of urban spaces. Moreover, their works often relate to the Genius Loci and the history of a space.

Raul Walch (1980) crosses the boundaries of artistic genres in his broad and inventive practise. He works as a sculptor and conceptual artist but also slips easily into the roll of an investigator or becomes part of a performance. His focus is on creating an unconventional approach to social reality, often unexpectedly including observers in the process. Walch’s playful works and actions are not limited to questioning or participation. Instead, he creates ephemeral and largely site-specific interventions that respond to different environments around the world.

Curator
Lukas Feireiss (1977) works as curator, writer and art director in the international mediation of contemporary cultural reflexivity beyond disciplinary boundaries. He is author and editor of numerous books and curator of manifold exhibitions in the field of art, architecture, design and theory. He has lectured and taught at various universities worldwide, and is head of the new Master of Fine Art and Design Program Radical Cut-Up at Sandberg Instituut, Amsterdam. 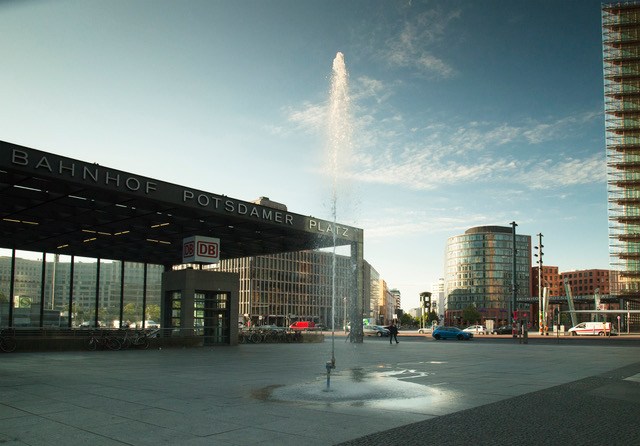