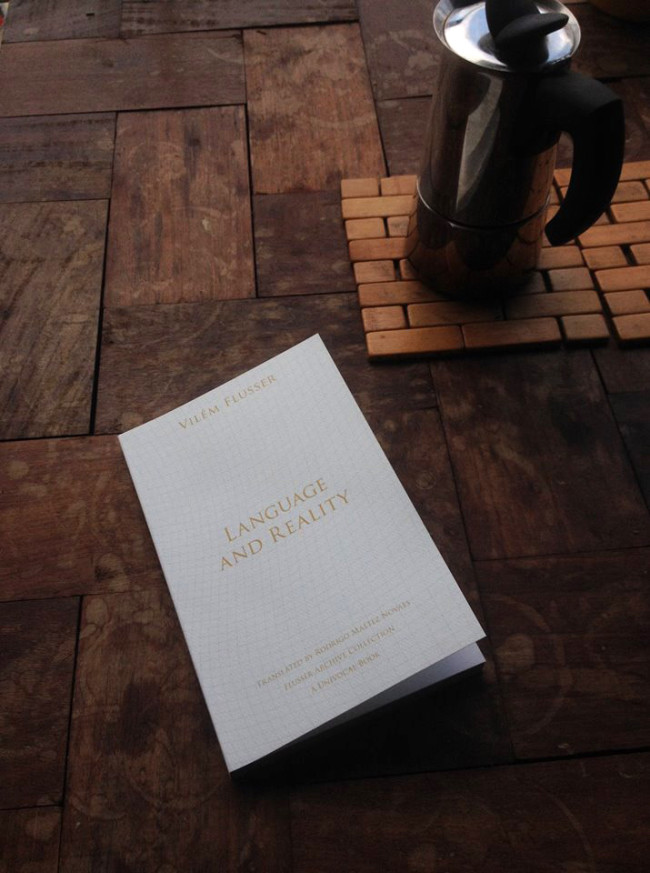 In Language and Reality, originally published in São Paulo, Brazil, in 1963, Vilém Flusser continues his philosophical and theoretical exploration into language. He begins to postulate that language is not simply a map of the world but also the driving force for projecting worlds and enters then into a feedback with what is projected.
Flusser’s thesis leads him to claim, in a seemingly missed encounter of a dialogue with Wittgenstein, that language is not limited to its ontological and epistemological aspects but rather is at the service of its aesthetic. Traversing a diverse area of research and ruminations on cybernetics to poetry, music, the visual arts, religion, and mysticism, Language and Reality can be viewed as a vital transitional work in Flusser’s emerging thought that will eventually lead to his works in the 1970s and 1980s concerning what we would later consider media theory, design, and digital culture.