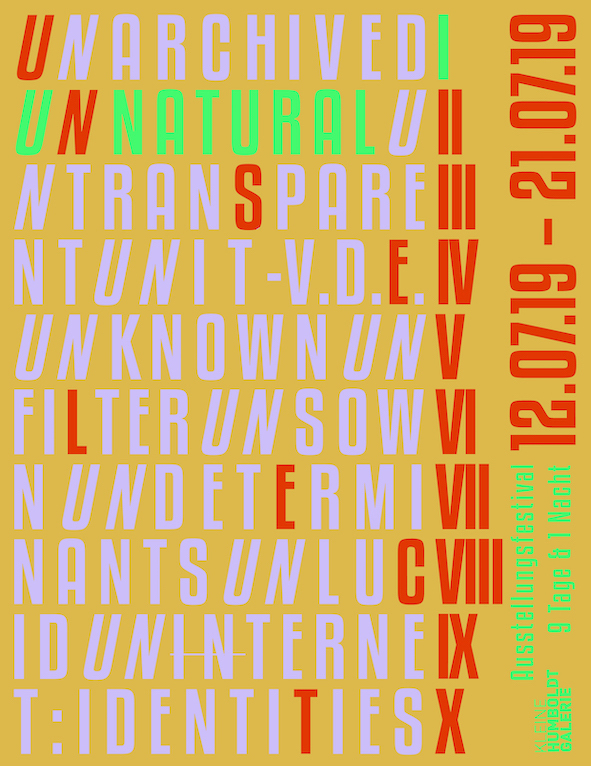 unnatural is dedicated to the dichotomy of humans and nature, by exploring the human fascination with, as well as our influence on natural cycles and the consequences of this activity in the age of the Anthropocene.

The biologist Charles Darwin defined natural selection as the principle of survival and reproduction of any variation that provided advantageous, no matter how small. His evolutionary theory plainly explained the mechanisms of species’ variation in the plant and animal kingdoms. Humans were no longer the pride of creation but rather part of a protracted process in which they prevailed over other species.

However, within their culturally created social structures, humans are subjected to very different, everyday mechanisms of selection – and further, they themselves do the selecting. When humans attempt to comprehend the forces of nature, acquire them, and utilize them for their own needs, they make decisions based on their own value systems, which affect nature in turn. In this manner, human activity has become a crucial factor within the evolutionary process. Can the conscious selection by humans still be regarded as natural or does it have to be understood as unnatural?

The exhibition unnatural is dedicated to this dichotomy of humans and nature. Six contemporary artists will explore the human fascination with, as well as our influence on, natural cycles and the consequences of this activity in the age of the Anthropocene. Their works will discuss natural catastrophes caused by human action, attempts to imitate natural processes, and the practice of collecting organic materials in order to instigate a discourse on natural and unnatural selection mechanisms.

Celebrating the 10th anniversary of Kleine Humboldt Galerie’s curatorial practice at Lichthof Ost, the show will be on view until August 9!