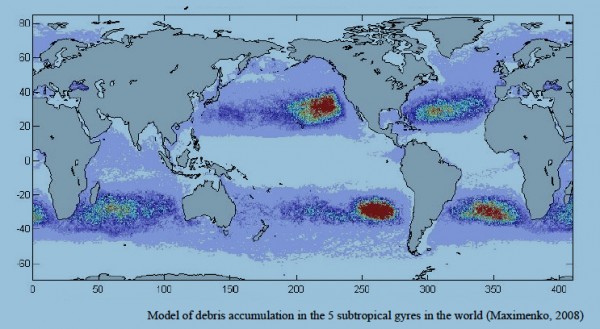 Nikolai Maximenko: map showing the five gyres of the ocean

How do translations work? What are you carrying. To carry something across. The roots of translation are what? What eyes look like. How do we see the things (systems) that watch, seeing what’s inside of the eye while looking out. So looking in. Your street views spied on me. Some eyes are not dotted. To see your own perceptual bubble look straight ahead, put your arms to your side, see the place your hands disappear. Your peripheral views are lines of sight. One line is a poem. Rotate your poem by rotating your arms. Your cone is a bubble. Your bubble is more an ellipsoid really. What are the realometers which we use to gauge the world outside our bubbles? The instruments by which we perceive what is real. Are we. The things by which we touch the world. Like Olafur Eliasson says about hinges connecting art to the world through touch. To have touch. Like how Ray Bradbury says about touching over and over in Fahrenheit 451, for example: The difference between the man who just cuts lawns and a real gardener is in the touching. For example: The good writers touch life often. The mediocre ones run a quick hand over her. The bad ones rape her and leave her for the flies. In Reader’s Block, Walter Abish says make An act which would obliterate the conditions of the options. Let’s wonder what this means. Let’s wonder why we float shit everywhere like ocean gyres. What is the etymology of fucked? Let’s wonder about the rights of things. About precision. Let the glissando effect us. Let’s be the Vibrant Matters we think. Let’s wonder about pink crickets (we will do this the week after I think). Let’s try reading the shortest poem by Kurt Schwitters: W. Let’s wonder about sociolinguists who study the R.

(1) REALOMETERS:
“realometer.” Thoreau’s realometer would allow an inquiring person to measure the reality of his perceptions, to push past the “mud and slush of opinion, and prejudice, and tradition, and delusion, and appearance … to a hard bottom.” — from Walden

(4) CONSTRUCTING KNOWLEDGE : Piaget on this

(6) + a lawsuit over Woody Allen’s use of William Faulkner’s famous quote:
‘The past is never dead. The past is not even past.’ (Article link, cnn.com)

(7) ALL THE BIBLE I REMEMBER, OF EMMA KAY and: (Article link, Frieze.com) (Image, boxc.net)

(13) EVERYTHING EXHAUSTING; Perec and : (great great blog by the way) (Lili Huang: An Exhausting Attempt of Reviewing Perec’s An Attempt at Exhausting a Place in Paris)

(16) TURNING HEAD AROUND / seeing is past us (according to Dante)

Bergson, Matter and Memory, p. 66-68, on now memory
Eileen Myles, “The Universe in my Backyard”, from The Importance of Being Iceland
Octavio Paz, The Labyrinth of Solitude, p.74-77, on translation and what one word can mean
Jackson McLow, Representative Works, “Jail Break”
Juliana Spahr, this connection of everything with lungs, intro
Diana Ackerman, A Natural History of the Senses, “etymology of FUCK”
Cecilia Vicuna, Spit Temple, intro and p.278
Craig Dworkin, Against Expression

Other entries filed under Making of: