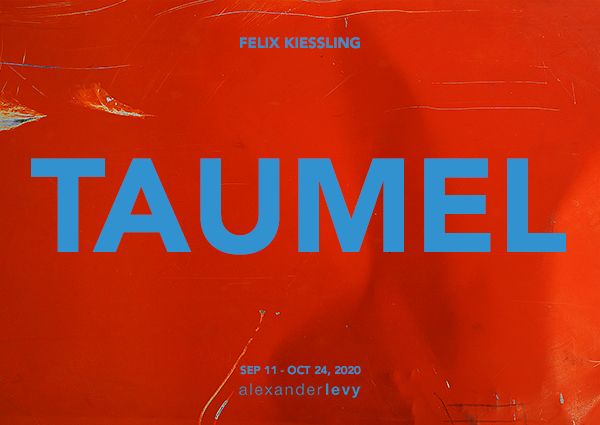 The current hygiene regulations will be maintained for the entire duration of the exhibition.

The chaos has been a starting point for many of Felix Kiessling’s works over the past few years. In a playful way, he fathoms human perception and the question of how the world is connected. Hereby, physical parameters such as energy, tension and effect are decisive for him. Kiessling tries to explore and expand the limits of the possible. For the upcoming exhibition he is now going to examine the chaos within the social context of large cities.

In the exhibition, individual work complexes are combined to form an overall spatial concept. When entering the gallery space, the observer becomes part of an abstract, chaotic urban playground. The entire floor will be covered with paving slabs, which are commonly known from our cityscape. Nevertheless, some of them are wobbling, which results in a feeling of insecurity.

A new series of works deals with the bicycle as representation for the dealing with public space and property: the bicycle stands for mobility and independence, though through choice of model and color it also stands for individuality and differentiation. The bicycle that has been forgotten or left behind, rusted and broken on the street on the other hand, shows the divided relationship of an affluent society to its artifacts. Combined into abstract sculptures and covered with fresh paint, the old, deformed corpses are transformed into new objects that highlight the tense field between individuality and mass production.

Two further current works unfold through the dialogue with the space. For the first work, Felix Kiessling transposes the material steel into a minimalist sculpture by bending a four-meter long plank and connecting its ends. The sculpture is thus exposed to permanent tension, always close to escalation. The chained sequence of action and reaction is therefore put to halt. The sculpture is in a moment of suspension, almost an uncanny calm. In another work, drywall profiles are braced against the gallery ceiling by a scaffolding spindle. The sculpture freezes for a moment from a deformation process and the individual elements merge into a collective unit.

Felix Kiessling’s series is the result of extensive researches about the possibilities and weaknesses of industrially produced materials. They refer to a time, in which large cities are marked by construction projects and estate speculations and the societies of our globalized reality are confronted with social segregation and exclusion. Our environment is built from geometric and symmetrical construction materials. These materials will be the elements on which the forces of the exhibition will rub off, will cause them to totter and destroy their symmetry.

The artist hereby raises the questions of who and to which extent actually shapes the city – the citizens or the economy, and looks at what our culturally constructed sense of stability consists of and considers moments in which our reality begins to crumble.

Felix Kiessling, born in Hamburg in 1980, studied at the University of Arts Berlin. In 2014 he was a master student of Olafur Eliasson, at whose Institute for Space Experiments he studied from 2009 to 2014.